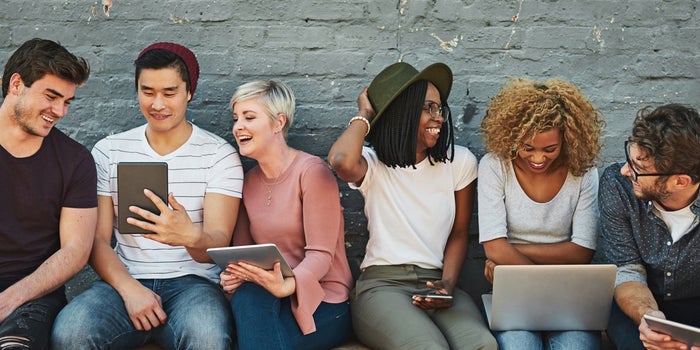 The FINANCIAL  — Facing continuous technological and societal disruption, millennials and Gen Zs are disillusioned with traditional institutions, skeptical of business’ motives and pessimistic about economic and social progress, according to the 2019 Deloitte Millennial Survey, released today. The survey found that despite global economic growth, expansion and opportunity, younger generations are wary about the world and their place in it. But they remain hopeful and lean on their values as both consumers and employees.

“From the economic recession a decade ago to the Fourth Industrial Revolution, millennials and Gen Zs have grown up in a unique moment in time impacting connectivity, trust, privacy, social mobility and work,” says Michele Parmelee, Deloitte Global Chief Talent Officer. “This uncertainty is reflected in their personal views on business, government, leadership and the need for positive societal change agents. As business leaders, we must continue to embrace the issues resonating most with these two generations, or risk losing out on talent in an increasingly competitive market.”

This “generation disrupted” is no less ambitious than previous generations: More than half want to earn high salaries and be wealthy. But their priorities have evolved, or at least been delayed. Having children and other traditional signals of adulthood “success markers” do not top their list of priorities. Instead, they’d rather travel and see the world (57 percent) versus buying a home (49 percent) and help their communities (46 percent) versus having children (39 percent).

Their desire to make a difference is evident in both their personal concerns—climate change and the environment topped that long list—and in the factors they consider when choosing consumer products and services, as well as employers.

Economic optimism, institutional trust and social mobility continue to waver
Respondents’ anticipation for economic improvement dipped to the lowest level in six years. Only 26 percent of respondents expect economic conditions in their countries to rally in the coming year, down from 45 percent a year ago.

Income inequality and unemployment were cited as top challenges facing the world today and are likely factors in their pessimistic views toward the economy. Two-thirds of millennials believe that some people are not given a fair chance at achieving success. Respondents believe that government is most responsible for improving social mobility, but they do not believe this is one of government’s top priorities.

Consistent with past surveys, respondents expressed low opinions of political and religious leaders. Seventy-three percent said political leaders are failing to have a positive impact on the world, with two-thirds saying the same of faith leaders. About 45 percent of millennials said they have absolutely no trust in either set of leaders as sources of reliable information. However, respondents still believe government is best-equipped to solve the world’s most pressing challenges.

An evolving tech and media landscape underscores privacy and cybersecurity concerns
Along with declining trust in governmental and religious institutions, trust in media is low among millennials and Gen Zs. Forty-three percent of respondents said that traditional media is negatively impacting the world, and 27 percent expressed zero trust in the media as a reliable source of information. As millennials and Gen Zs look to gather information through alternative means, concerns about the impact of social media are also pervasive. Seventy-one percent of millennials feel fairly positive or very positive about their personal use of digital devices and social media. However, 64 percent of respondents believe they would be physically healthier if they reduced social media consumption, and 41 percent wish they could stop using it completely.

Despite recognizing the detriments of social media, overall, respondents are embracing technology. They are more skeptical, though, when it comes to cybersecurity. Seventy-nine percent are concerned they will be victims of online fraud. Similarly, 78 percent are worried about how organizations share personal data with each other. This is eye-opening, considering that a quarter of millennials have ended consumer relationships because of companies’ inability to protect data.

Business must adapt to values-driven consumers and employees
Millennials’ opinions about business continue to diminish, as 55 percent of respondents said business has a positive impact on society, down from 61 percent in 2018. The decrease was driven, in part, by views that businesses focus solely on their own agendas rather than considering the consequences for society. Business will have to work hard to improve this reputation because millennials are putting their money where their mouths are: 42 percent have started or deepened business relationships because they believe companies’ products or services are having positive impacts on society and/or the environment, while 38 percent have ended or lessened relationships with companies perceived to have a negative impact.

Regarding technology’s influence on the workforce, 49 percent of millennials believe new technologies will augment their jobs, 46 percent believe the changing nature of work will make it tougher to find or change jobs and 70 percent believe they may only have some or few of the skills required to succeed in Industry 4.0. Millennials believe business is most responsible for training workers to meet evolving challenges, while Gen Zs—still largely in school or recently graduated—put this responsibility on academia. This presents an interesting opportunity for business and academia to increasingly collaborate to solve tomorrow’s workforce challenges.

In terms of diversity and inclusion, there is a strong correlation between millennials who plan to stay in their current jobs and those who said their companies deliver best on indicators such as diversity and inclusion. Additionally, a majority of millennials responded that they give a “great deal” or “fair amount” of importance to gender and ethnicity when considering whether to work for an organization.

“Millennials and Gen Zs are conflicted about the role of technology, and they are looking to business to help them adjust to a new normal. To attract and retain young employees, businesses should bolster their diversity and inclusion initiatives, find new ways to incorporate these generations into corporate societal impact programs and place a priority on reskilling and training to ensure talent is prepared for what’s ahead.” - Parmelee says.

In the inaugural Mood Monitor, out of a total of 100, millennials posted a score of 39; Gen Z scored 40. Scores were boosted by generally positive feelings regarding business and the environment. Despite a large drop-off the past couple of years, 55 percent of both groups still believe business is having a positive impact on society. And about half of each group believes efforts to protect the planet’s health will be effective, compared to less than 30 percent who aren’t convinced.

Scores were hampered, though, by doubt about economic and social/political situations. In both groups, men were more optimistic than women, driven by a more positive economic outlook and agreement that business has a positive impact upon wider society.