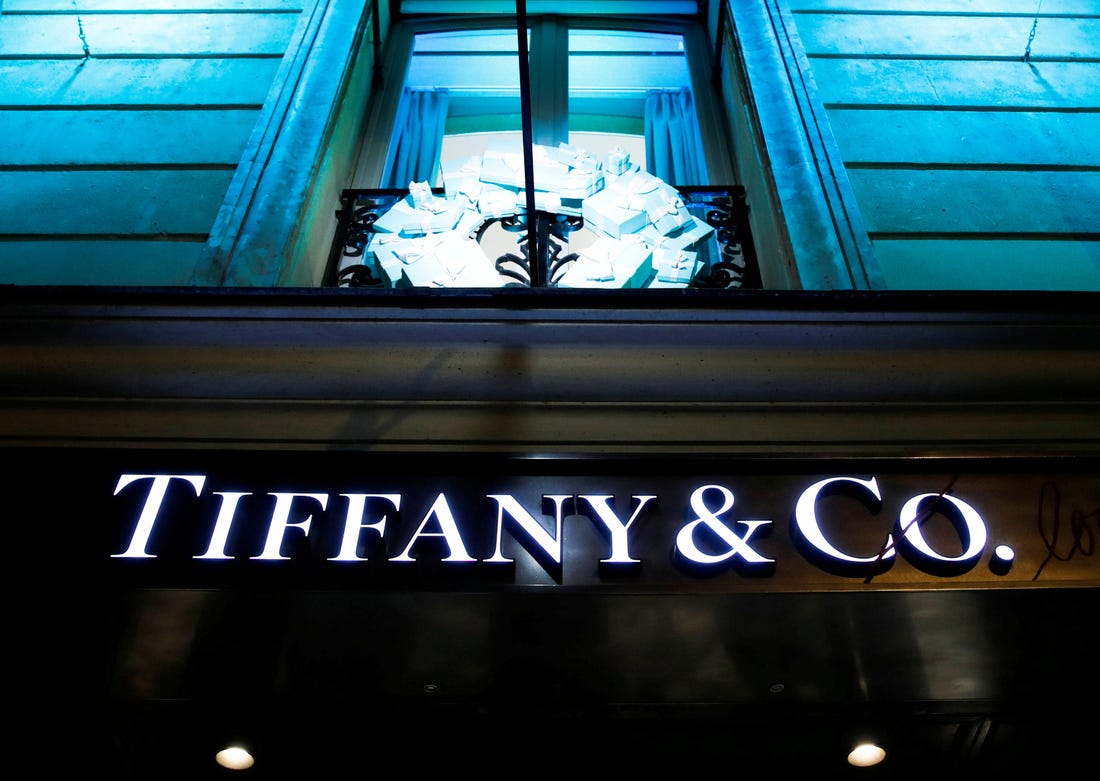 The FINANCIAL -- Tiffany & Company on Wednesday stated that it had filed a lawsuit against LVMH Moët Hennessy Louis Vuitton to force the company to move forward with its $16.2 billion deal to buy the retailer. In the most high-profile example of how deals agreed before the COVID-19 pandemic have soured, Tiffany will file a lawsuit with the Delaware Court of Chancery on Wednesday seeking to force LVMH to close the transaction by the November 24 deadline, according to people close to the matter.

There has been concern for months that LVMH would seek to renegotiate the deal, which was announced last November, in light of the stress the pandemic has put on the jewelry business. LVMH said in statement Wednesday that it couldn’t complete the deal as it stands, citing a request from the French government to delay the deal beyond Jan. 6, 2021, because of the threat of U.S. tariffs on French goods. The lawsuit, filed in the Delaware Court of Chancery on Wednesday, claims that LVMH is in breach of its contract relating to obtaining antitrust clearance. It rejects the idea that LVMH can avoid the deal by claiming that Tiffany has undergone a material adverse effect that would have breached its deal obligations. The lawsuit also says that LVMH cannot avoid completing the deal because it is inconsistent with its patriotic duties as a French company. Tiffany decided to sue LVMH over frustration that 10 months after the deal, it had not yet filed for deal approval in the European Union, according to The New York Times.

Chief Executive Officer Alessandro Bogliolo said, “The fundamental strength of Tiffany’s business is clear. The company has already returned to profitability after just one quarter of losses, and we expect our earnings in the fourth quarter of 2020 will actually exceed the same period in 2019.”

Roger Farah also made a comment and said that they believe that LVMH will seek to use any available means in an attempt to avoid closing the transaction on the agreed terms, but the simple facts are that there is no basis under French law for the Foreign Affairs Minister to order a company to breach a valid and binding agreement, and LVMH's unilateral discussions with the French government without notifying or consulting with Tiffany and its counsel were a further breach of LVMH’s obligations under the Merger Agreement. “‎Moreover, this supposed official French effort to retaliate against the U.S. for proposed new tariffs has never been announced or discussed publicly; how could it possibly then be an effort to pressure the U.S. into revoking the tariffs? Furthermore, as we are not aware of any other French company receiving such a request, it is all the more clear that LVMH has unclean hands.” – he added.

Competition watchdogs in China and the US have already cleared what would be the largest-ever takeover in the luxury sector, but LVMH has yet to file for regulatory approval in three required jurisdictions, including the EU, the people said. When the deal was agreed in November 2019, LVMH said it did not expect any trouble obtaining the approval of EU regulators. In late July the world’s largest luxury group by revenues said on an investor call that antitrust filings remained under way in about half a dozen countries. It said it was “responding expeditiously” to regulators’ questions, despite the Covid-19 crisis slowing down the process. LVMH told Tiffany on Tuesday that it received a letter from the French government about a week earlier. The letter asked it to delay closing the deal until January 6 next year in an effort to dissuade the Trump administration from imposing tariffs on goods from France, according to the people briefed on the matter. Tiffany’s lawsuit will claim LVMH breached its transaction agreement by failing to inform the US company immediately after it received that letter, the people said, as reported by The Financial Times.

The merger agreement sets Nov. 24 of this year as the final date for completing the deal. LVMH and Tiffany had already agreed to push back the initial deadline from Aug. 24 to Nov. 24. Tiffany said LVMH hadn't sought approval for the merger in several key jurisdictions, including the European Union, making finalization of the deal difficult before November 24. A spokeswoman for the French foreign ministry didn't immediately respond to a request for comment. The plan to acquire the American jeweler was the biggest ever attempted by Bernard Arnault, chief executive and controlling shareholder of LVMH. It was completed shortly before the coronavirus pandemic threw the luxury goods market into turmoil. Over the summer, Mr. Arnault had been reconsidering whether to move forward with the deal, but the agreement signed between the two companies appeared to give him little leeway to back out, according to Market Watch.

"The Merger Agreement provided for an initial outside date of August 24, 2020, which the parties agreed at signing would provide for more than sufficient time to obtain all the required regulatory clearances, because the transaction does not pose any substantive antitrust concerns. The Merger Agreement also gives either party the option to unilaterally extend the outside date to November 24, 2020 if antitrust clearances are the only remaining condition to closing at August 24, 2020," is written in Tiffany & Co's press release.

The COVID-19 pandemic has not prevented other parties from making antitrust filings on a timely schedule. Among the ten largest transactions announced since the beginning of the fourth quarter of 2019, this is the only transaction that has not yet formally filed for antitrust approval in the . All nine other transactions filed formal notifications with the EU