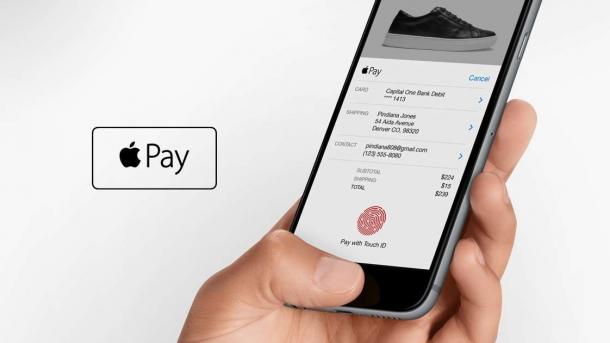 The FINANCIAL -- Deutsche Bank brings its customers Apple Pay, which is transforming mobile payments with an easy, secure and private way to pay that’s fast and convenient.

Customers can also add their existing Mastercard debit and credit cards to their Apple Wallet. The first 30,000 users to sign up for the new service will receive a ten-euro voucher from Deutsche Bank to use in the App Store and the iTunes store. People who are interested in the new service but do not yet have a Deutsche Bank account may open one online or at a branch in a matter of minutes. New AktivKonto clients incur no account fees until June 30, 2019.

Security and privacy is at the core of Apple Pay. When you use a credit or debit card with Apple Pay, the actual card numbers are not stored on the device, nor on Apple servers. Instead, a unique Device Account Number is assigned, encrypted and securely stored in the Secure Element on your device. Each transaction is authorised with a one-time unique dynamic security code.

Apple Pay is easy to set up and users will continue to receive all of the rewards and beneﬁts offered by Deutsche Bank credit and debit cards. In stores, Apple Pay works with iPhone SE, iPhone 6 and later, and Apple Watch.

Online shopping in apps and on websites accepting Apple Pay is simple with Touch ID, or just double-click the side button and glance at your iPhone X to authenticate with Face ID. There is no need to manually fill out lengthy account forms or repeatedly type in shipping and billing information with Apple Pay.

When paying for goods and services on the go in apps or Safari, Apple Pay works with iPhone 6 and later, iPhone SE, iPad Pro, iPad (5th Generation and later), iPad Air 2, and iPad mini 3 and later. You can also use Apple Pay in Safari on any Mac introduced in or after 2012 running macOS Sierra and confirm the payment with iPhone 6 or later or Apple Watch, or with Touch ID on the new MacBook Pro and MacBook Air.