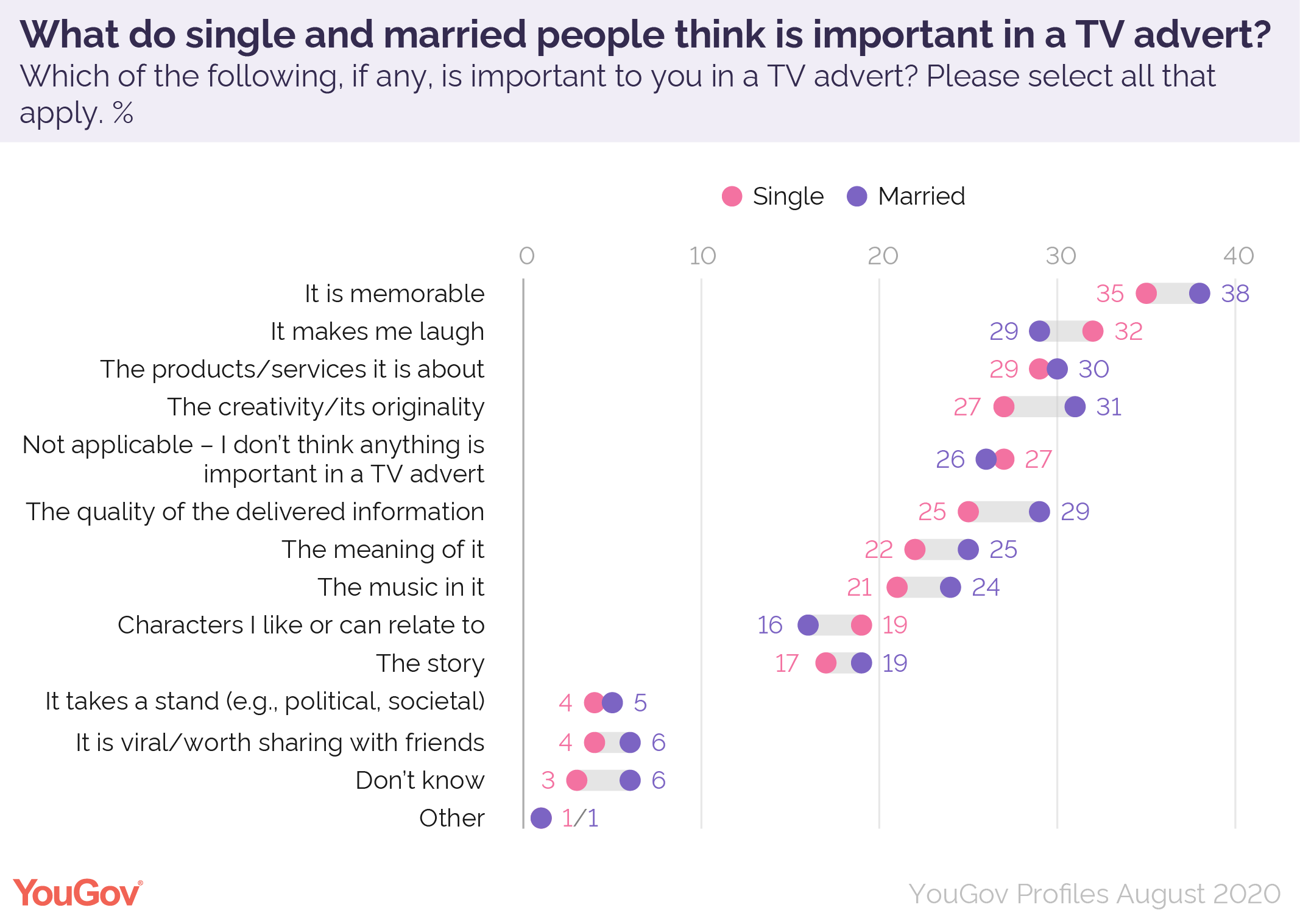 The FINANCIAL -- According to YouGov Profiles, 43% of Britons are married and 25% are single. Asked which advertising channels had the biggest chance of catching their attention, the most noticeable difference between the two groups is on TV advertising. Three in ten married people (30%) say that they are most likely to notice TV adverts, compared to 19% of singletons. 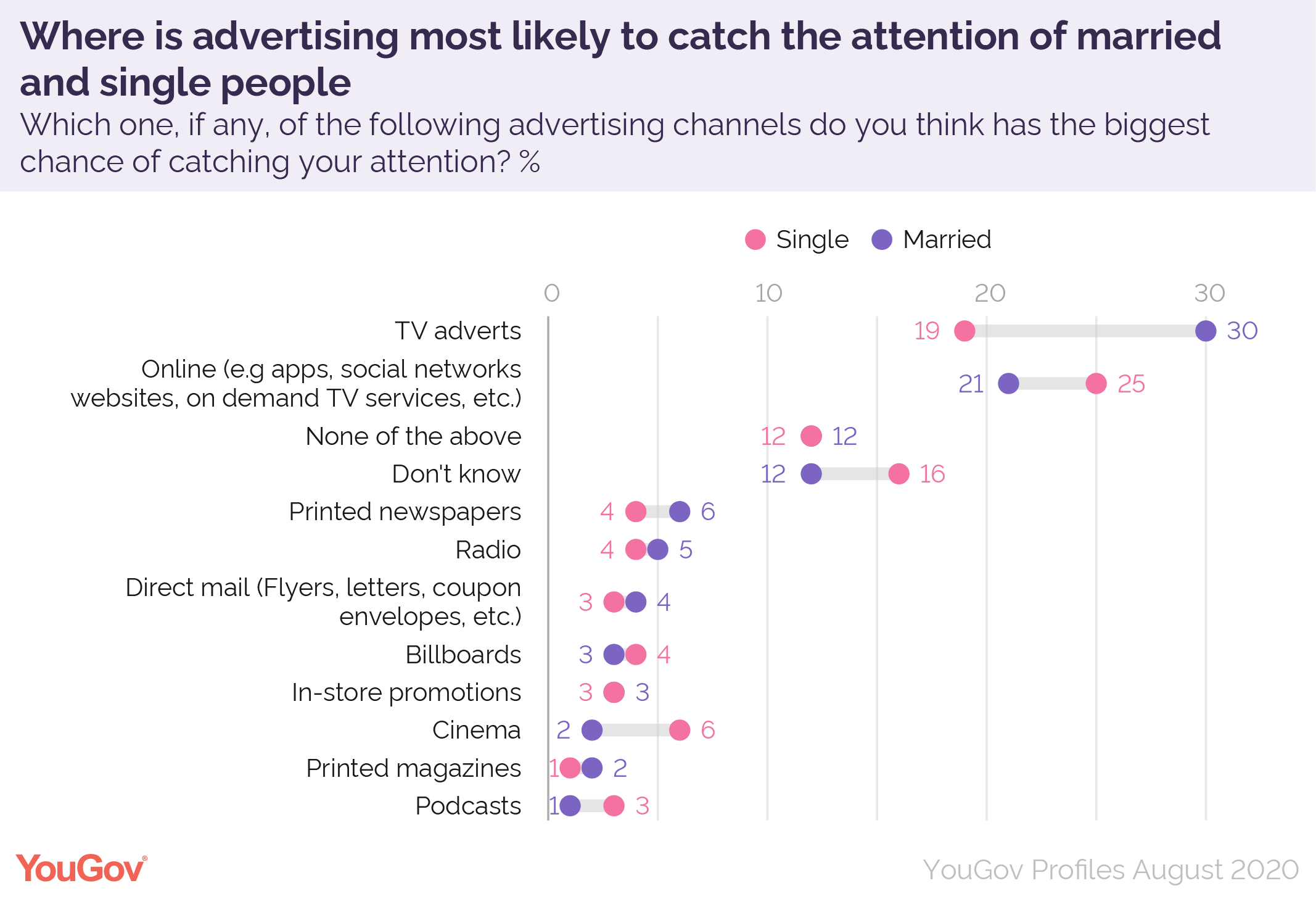 For their part, single people are slightly more likely to notice online adverts (25% vs 21%) and cinema advertising (6% vs 2%).

Given that married people are most likely to notice TV advertising, what do they think makes a good TV advert?

Almost four in ten say it needs to be memorable. One in three (32%) say that the advert needs to be funny – the highest factor. Another quarter (27%) think it is important for TV adverts to be original or creative. A similar figure said “the quality of the delivered information” (25%).

Similarly, given that single people are more likely to see adverts online, we asked them: if they were an advertiser, where would they advertise to have a chance of catching the attention of people like themselves.

The most common response was on social networks (39%). An additional 28% said online videos, e.g. video adverts prior to main content. On this, incidentally, there is a big difference between singletons and married people, with only 15% of the latter group giving the same answer.

Unsurprisingly, singletons are much more likely to be watching TV with their friends (19%) than married people (6%). 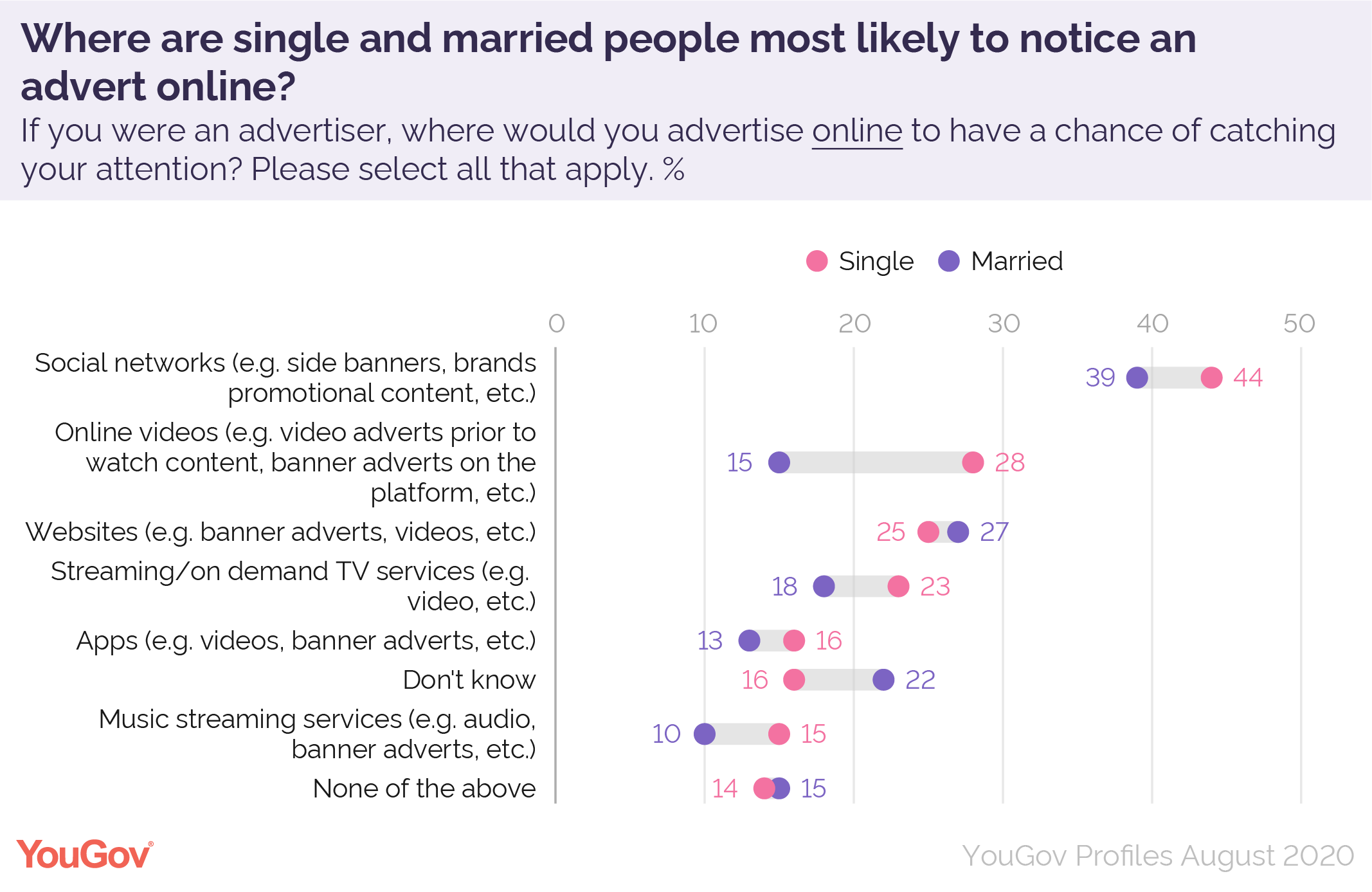 Author: Natalia Revishvili
About author: Natalia Revishvili is a professional financial content writer and editor with an extensive experience in technical analysis and the Forex market. Over the past few years, she has been successfully trading on Forex using the trends, support, resistance and technical formations. Now Natalia, apart from trading Forex for living and being technical analysts for financial websites, is a happy owner of two dogs traveling round the world.
UK Advertisg Ad market