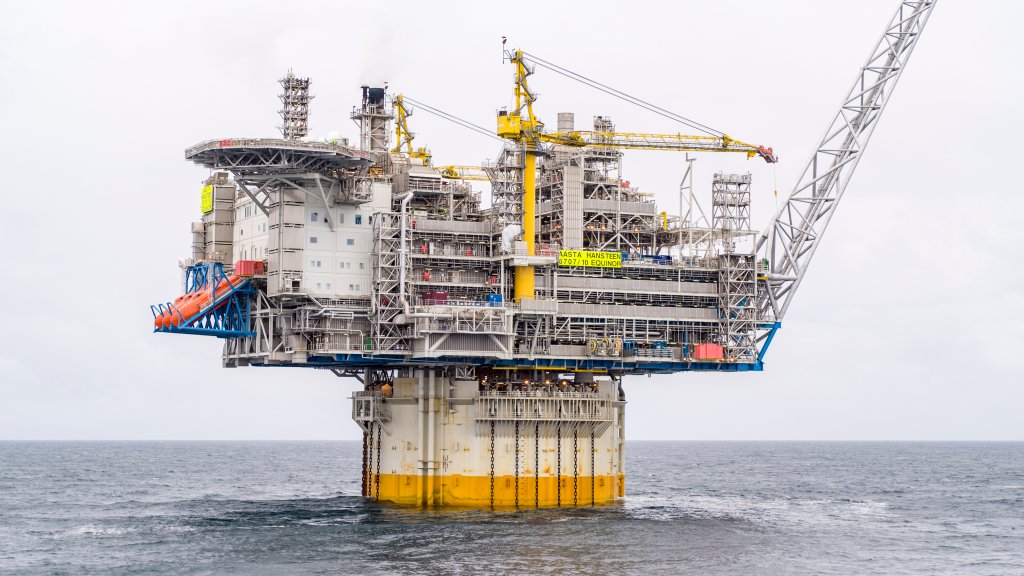 Aasta Hansteen is located 300 kilometres west of Sandnessjøen, far from other fields and in an area with harsh weather conditions. The field has been named after another pioneer: Feminist, social commentator, painter and author Aasta Hansteen.

The field development concept consists of a floating platform with a vertical cylindrical substructure moored to the seabed (spar platform). 339 metres tall, the platform weighs 70 000 tonnes. When the platform was towed to the field in April, it was the biggest tow on the NCS since Troll A in 1995.

The gas is produced from seven wells in three subsea templates. This is the deepest ever installation of subsea equipment on the NCS.

Both Aasta Hansteen and the 482-kilometre pipeline from the field to Nyhamna has the capacity to accommodate new discoveries. The first one, Snefrid North, is already under development, and will come on stream towards the end of 2019.

The recoverable resources at Aasta Hansteen, including Snefrid North, are estimated at 55.6 billion standard cubic-metres (Sm3) of gas and 0.6 million Sm3 of condensate (353 million barrels of oil equivalent).

Although the substructure and topside structure were built in South Korea Aasta Hansteen has generated big spin-offs for Norwegian supply industry.

More than half of the topside equipment packages were produced in Norway, and the subsea equipment is also Norwegian. The subsea templates were built in Sandnessjøen and the suction anchors keeping the gigantic platform in place are produced in Mo i Rana. The platform was hooked up at Stord south of Bergen, which is also where much of the hook up and commissioning work was performed.

Some 32 million man-hours have been put into the Aasta Hansteen project, which has cost about NOK 37.5 billion (2018 value). The NOK 2.9 billion increase since the submission of the plan for development and production (PDO) is due to the currency effect due to the weak NOK. This is within the uncertainty range assumed in the cost estimate for the PDO.