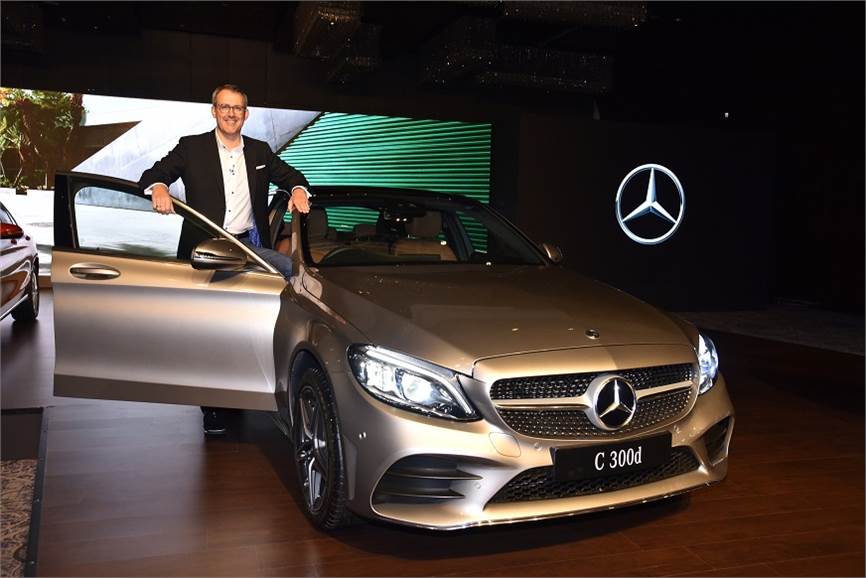 The FINANCIAL -- Mercedes-Benz has once again set a new sales record towards the end of this year despite a volatile market environment: 198,545 vehicles with the three-pointed star were delivered to customers all over the world last month.

Under ongoing challenging conditions, Mercedes-Benz sold more units than ever before in a November (+1.5%). Further progress with vehicle availability, particularly in some international markets, had a positive impact on sales development in the three core regions. In the first eleven months of the year, 2,103,653 Mercedes-Benz passenger cars were handed over to customers, which is slightly above the high level of the prior-year period (+0.4%).

Last month, the brand with the star maintained its market leadership in the premium segment in markets including Germany, France, Italy, Spain, Switzerland, Portugal, South Korea, Japan, Australia and the USA.

In Europe, Mercedes-Benz sold a total of 82,007 vehicles in November, an increase of 2.6% and a new record. In the first eleven months of the year, 850,957 units were sold (-3.3%). The development in Germany was particularly pleasing. Mercedes-Benz sold 29,188 passenger cars with the three-pointed star in its domestic market last month, another double-digit increase of +12.5%.

Once again, the new A-Class was very popular in Germany: sales of the compact car doubled compared to last year’s November. In France, Switzerland, Poland, Denmark, Portugal and Hungary, more cars with the three-pointed star were sold last month than in any November before.

This November, together with the models delivered by the smart brand, the car division of Daimler AG became the first premium automobile manufacturer to pass the milestone of 600,000 vehicles delivered in China within one year. Mercedes-Benz achieved further sales records in November in the markets of South Korea, India, Malaysia, Thailand and Vietnam.

In the NAFTA region, Mercedes-Benz sold a total of 35,842 vehicles in November (-1.8%). In the first eleven months of this year, 340,564 Mercedes-Benz passenger cars were handed over to customers in that region (-5.4%). In the United States, a total of 31,022 customers were delighted to receive their new model with the star last month, an increase of 0.6%. This means that a total of 283,943 vehicles were delivered in the United States in November (-6.0%). In Mexico, Mercedes-Benz set a new sales record in the first eleven months of the year.

Demand for the E-Class Saloon and Estate was higher last month than ever before in a November. More than 31,000 units of these two models were sold worldwide, an increase of about 6.2%. The long-wheelbase version of the E-Class Saloon was particularly popular in the Chinese market, posting double-digit growth in November and thus achieving a new sales record.

The SUVs from Mercedes-Benz continue to sell in record numbers, with about 750,000 units of the models GLA, GLC, GLC Coupé, GLE, GLE Coupé, GLS and G-Class sold in the period of January to November (+2.4%). The sales growth was primarily driven by the GLC, which also set a new record for unit sales last month. And thanks to double-digit growth, the new G-Class posted a new sales record for a November

Customers’ interest in the Dreamcars from Mercedes-Benz was strong once again in November: Worldwide unit sales increased by 19.8% to the new high of 15,073 units. In all three core regions – Europe, Asia-Pacific and NAFTA – the dream cars achieved growth in unit sales last month. The E-Class Cabriolet was particularly popular, as well as the CLS, which set a new record in November.

In the first eleven months of the year, 118,512 vehicles of the smart brand were sold worldwide (-3.8%). In November, a total of 10,926 customers were pleased to receive their new two- or four-door urban microcar (-6.2%). The smart models were especially popular in Spain, with double-digit sales growth in that market. Worldwide sales of the electric smart models reached a new record level in November and in the first eleven months.