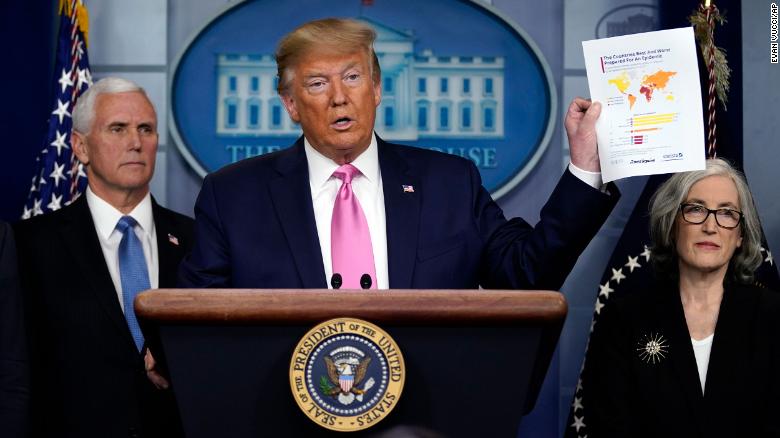 WHO’s Programme Budget is financed through a mix of assessed and voluntary contributions. Assessed contributions are the dues countries pay in order to be a member of the Organization. The amount each Member State must pay is calculated relative to the country's wealth and population.

Assessed contributions have declined as an overall percentage of the Programme Budget and have, for several years, accounted for less than one quarter of the Organization’s financing. The balance is mobilized through voluntary contributions. However, assessed contributions remain a key source of financing for the Organization, providing a level of predictability, helping to minimize dependence on a narrow donor base, and allowing resources to be aligned to the Programme Budget.

On Tuesday, Trump blamed the World Health Organisation (WHO) for the initial spread of the coronavirus in the US and accused it of having shown continued bias towards China and withholding information.

In its recent article Factcheck.org concluded that Former Vice President Joe Biden falsely claimed that the WHO “offered the testing kits that they have available” but “we refused them.” The U.S. did not actively turn down testing kits from the WHO, although it could have requested them. The kits, however, are primarily intended for lower income nations without testing capacity.

President Donald Trump also falsely claimed that the WHO test “was a bad test.” The test is highly accurate and has performed well.

Biden’s comments came during his one-on-one March 15 Democratic debate with Sen. Bernie Sanders, when he responded to a question about whether Trump was justified in complaining that inherited bureaucratic red tape hampered the administration’s response to COVID-19, the disease caused by the new virus.

The W.H.O. really blew it. For some reason, funded largely by the United States, yet very China centric. We will be giving that a good look. Fortunately I rejected their advice on keeping our borders open to China early on. Why did they give us such a faulty recommendation?

Tedros Adhanom Ghebreyesus
✔
@DrTedros
No time to waste. Let’s focus on saving lives. Collaboration across party lines important to ensure national unity to fight the virus more effectively. National unity is a foundation for global solidarity. When we do this, we quarantine political covid. Stop politicizing #COVID19

On Jan. 29, WHO Director General Tedros Adhanom Ghebreyesus said of China, “Its actions actually helped prevent the spread of coronavirus to other countries.” He said he was “very impressed and encouraged by the [President Xi Jinping’s] detailed knowledge of the outbreak.”

According to The Associated Press, the WHO routinely spends about $200 million a year on travel expenses, more than it spends to tackle mental health problems, HIV/AIDS, Tuberculosis and Malaria combined. In 2016, Margaret Chan, Director-General of WHO from November 2006 to June 2017, stayed in a $1000-per-night hotel room while visiting West Africa.

The WHO's handling of the epidemic has come under criticism amidst what has been described as the agency's "diplomatic balancing act" between "China and China's critics," including scrutiny of the relationship between the agency and Chinese authorities. Initial concerns included the observation that while WHO relies upon data provided and filtered by member states, China has had a "historical aversion to transparency and sensitivity to international criticism".

While the WHO and some world leaders have praised the Chinese government's transparency in comparison to the 2003 SARS outbreak, others including John Mackenzie of the WHO's emergency committee and Anne Schuchat of the US' CDC have shown skepticism, suggesting that China's official tally of cases and deaths may be an underestimation. David Heymann, professor of infectious disease epidemiology at the London School of Hygiene and Tropical Medicine, said in response to skepticism on transparency that "China has been very transparent and open in sharing its data … they’re sharing it very well and they opened up all of their files with the WHO present."

In response to the criticisms, Director-General Tedros has stated that China "doesn't need to be asked to be praised. China has done many good things to slow down the virus. The whole world can judge. There is no spinning here," and further stating that "I know there is a lot of pressure on WHO when we appreciate what China is doing but because of pressure we should not fail to tell the truth, we don't say anything to appease anyone. It's because it's the truth." Amid the pandemic, African leaders expressed support for the WHO, with the African Union saying the organization had done "good work" and Nigerian President Muhammadu Buhari calling for "global solidarity".