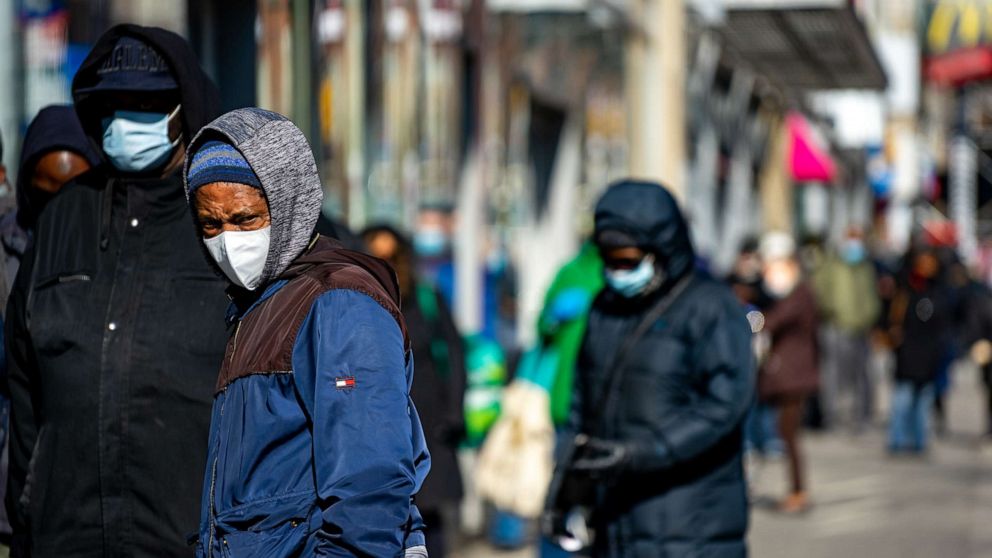 The FINANCIAL -- Some ethnic groups are overrepresented in COVID-19 hospital deaths compared to the White British majority, according to new research from IFS (Institute for Fiscal Studies) and London School of Economics And Political Science. For example, per capita hospital deaths of Black Caribbeans are three times that of the majority White British group in England. Per capita deaths in the Other Black group are double that of the population overall, and Indians have also suffered more fatalities than average.

There are striking differences in economic vulnerability between ethnic groups.
- Professor Lucinda Platt, Department of Social Policy and member of the IFS Deaton Review of Inequalities panel

New research from IFS (Institute for Fiscal Studies) and LSE, published as part of the flagship IFS Deaton Review of Inequalities and funded by the Nuffield Foundation, shows that these differences cannot be explained by obvious demographic characteristics such as age and geography. In fact, when you account for the fact that most minority groups are much younger on average than the White British population, per capita hospital deaths rates across almost all minority groups look disproportionately high.

Factoring in differences in age and geography, one would expect mortality among Black Africans to be 70% lower and Pakistanis to be 60% lower than for White British. In fact, they appear to be much the same.

We estimate that after accounting for differences in age, sex and geography, Black Caribbean deaths are 1.7 times those of White British, Pakistani deaths are 2.7 times as high, and Black African fatalities 3.5 times higher. Other minority groups have also seen excess mortality.

These disparities may be partially explained by the prevalence of some minority groups in “key worker” roles, while for others health conditions like diabetes may be important. For instance:

· A third of all working-age Black Africans are employed in key worker roles – 50% more than the share of the White British population
· Pakistani, Indian and Black African men are 90%, 150% and 310% more likely to work in healthcare than White British men, respectively
· Two-thirds of Bangladeshi men over the age of 60 have a long-term health condition that would put them at particular risk from infection
Some ethnic groups also look particularly economically vulnerable to the current crisis.

Men from minority groups are more likely to be affected by the shutdown. Bangladeshi men are four times as likely as White British men to have jobs in shutdown industries, due in large part to their heavy concentration in the restaurant sector, with Pakistani men nearly 3 times as likely, given large shares working as taxi drivers. Black African and Black Caribbean men are both 50% more likely.

Self-employment – where incomes may currently be especially uncertain – is especially prevalent amongst Pakistanis and Bangladeshis. Pakistani men are 70% more likely to be self-employed than the White British majority.

Bangladeshis, Black Caribbeans and Black Africans also have the most limited savings to provide a financial buffer against losses in income. Only around 30% live in households with enough to cover one month of income. This compares with 60% among the White British, Other White, Indian and Pakistani populations.

“Hospital deaths show clear disparities between ethnic groups in their mortality from COVID-19. For example, per capita Black Caribbean fatalities are nearly three times that of Black African and Pakistani groups, which are close to the population average. However, when you account for the fact that most minority groups are relatively young overall, the number of deaths looks disproportionate in most ethnic minority groups. There is unlikely to be a single explanation here and different factors may be more important for different groups", Ross Warwick, a Research Economist at IFS, said. "For instance, while Black Africans are particularly likely to be employed in key worker roles which might put them at risk, older Bangladeshis appear vulnerable on the basis of underlying health conditions.”

“There are striking differences in economic vulnerability between ethnic groups. Bangladeshi men are four times as likely as White British men to have jobs in shutdown industries, with Pakistani men nearly 3 times as likely; and household savings are lower than average among Black Africans, Black Caribbeans and Bangladeshis. By contrast Indians and the largely foreign-born Other White group do not seem to be facing disproportionate economic risks,” Professor Lucinda Platt, LSE and member of the IFS Deaton Review of Inequalities panel, commented.