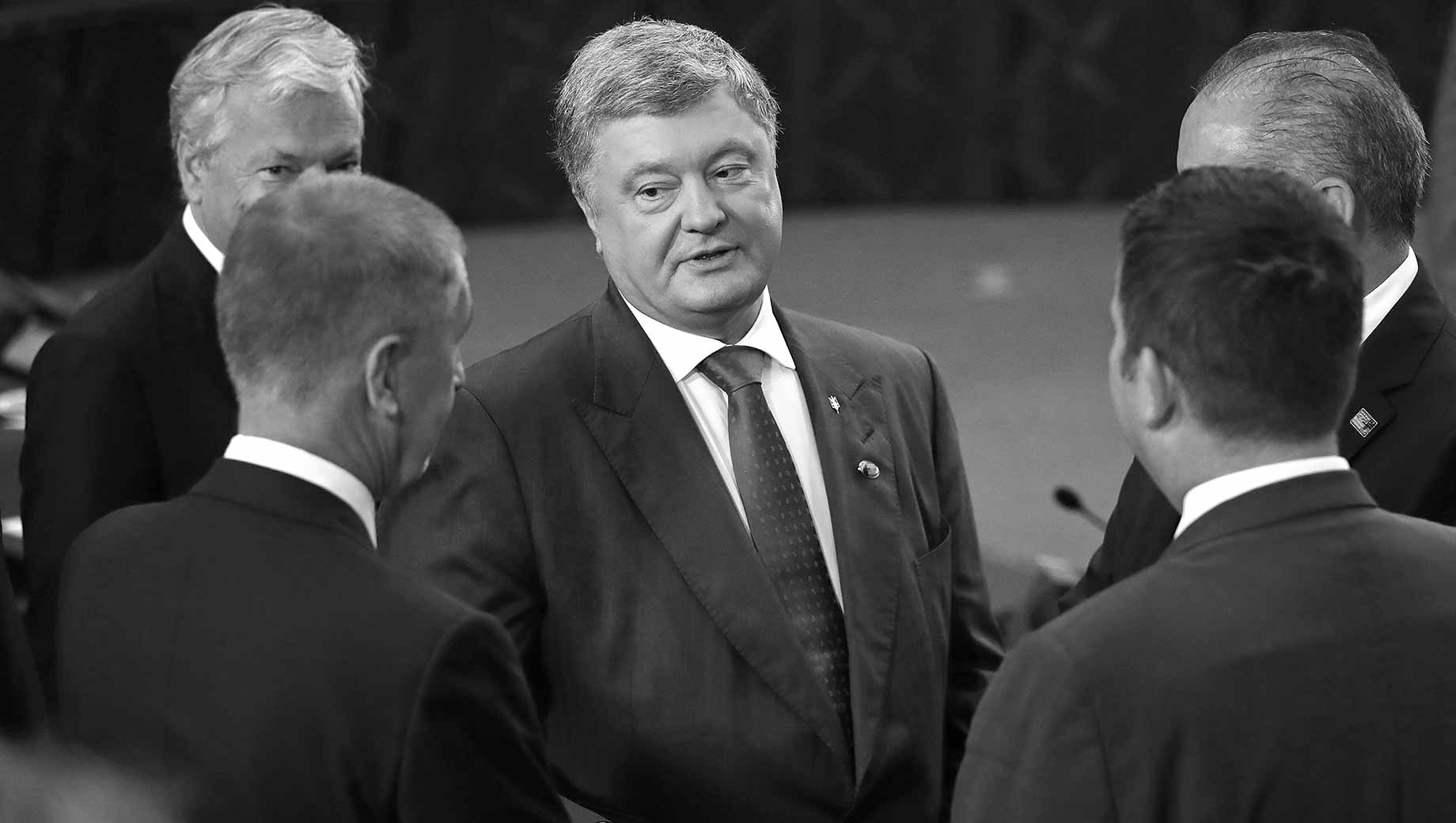 WASHINGTON, D.C. -- In the lead-up to the presidential election on March 31, Ukrainians go to the polls with less faith in their government than is true for any other electorate in the world. Just 9% of residents have confidence in the national government, the lowest confidence level in the world for the second straight year. This is far below the regional median for former Soviet states (48%) as well as the global average (56%) in 2018. 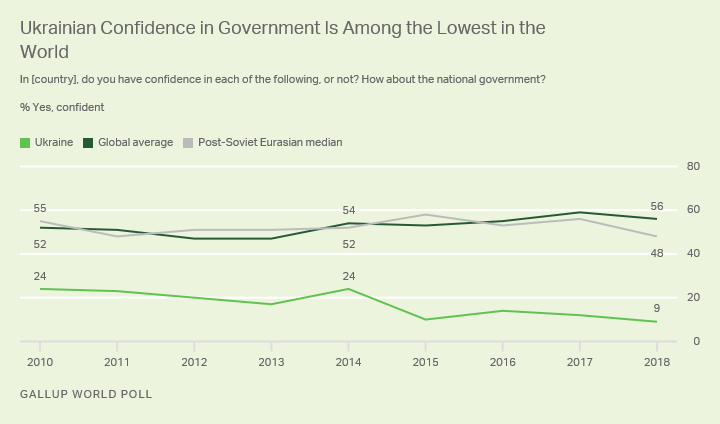 Ukrainians have had little to feel confident about over the past decade. Incumbent President Petro Poroshenko's predecessor, Viktor Yanukovych, was involved in a number of scandals and was ousted after the Maidan revolution in 2014. Yanukovych fled to Russia because he is wanted for high treason by the Ukrainian courts. During his presidency, confidence in national government was no higher than 24%.

Early in Poroshenko's presidency, there were signs that the then-new president was starting to rebuild Ukrainians' shaky trust in their leadership -- 24% were confident in their government and 48% approved of Poroshenko's job performance. However, these hopes quickly faded as many Ukrainians saw the government failing to deliver on what protesters had demanded during the Maidan revolution. Since 2015, confidence has been no higher than 14%.

The current level of distrust extends to other agencies of the government as well, including those in charge of administering the election March 31. Just 12% of adults in Ukraine in 2018 said they have confidence in the honesty of elections, representing a decline from the 26% who held this sentiment in 2014, indicating growing distrust toward the electoral system in the country. 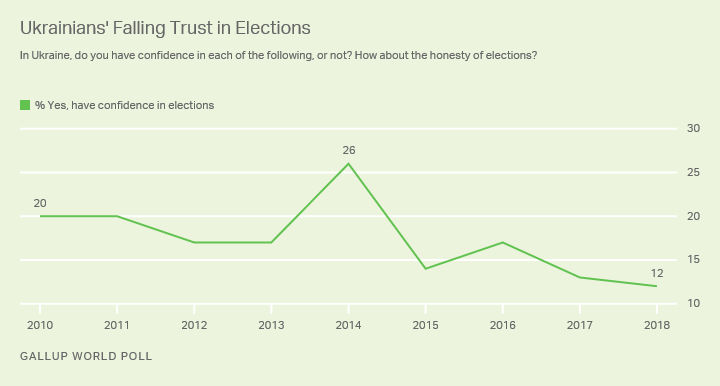 Ukraine's next leader will be forced to confront this deep-rooted distrust. More concerning, officials in Ukraine have issued warnings that Russian hackers have increased their attacks in recent days, with targets including individual polling stations and the Central Elections Commission.

These doubts are likely only further reinforced by the widespread corruption that most Ukrainians (91%) see throughout their own government. Among other allegations, Poroshenko is mired in a scandal relating to the sale of Russian components to the Ukrainian defense industry at inflated prices. This has been seized on by one of his rivals in the upcoming election, former Prime Minister Yulia Tymoshenko, as well as members of parliament who have begun impeachment proceedings against him. 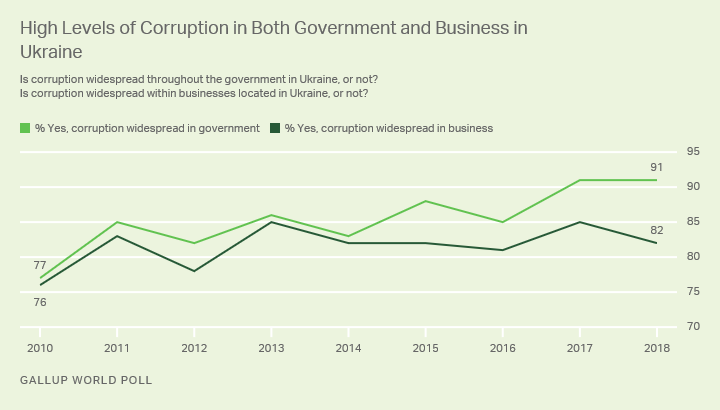 Line graph. More than nine in 10 Ukrainians said corruption was widespread in their government in 2018.
Poroshenko's term has seen various other charges of corruption brought against him, including several instances of his company appearing in the infamous "Panama Papers" that detailed high-level tax evasion around the world. While these dismal views of corruption are especially pronounced this year, high levels of discontent with local and national authorities have persisted for the past decade in the country. Businesses in the country are viewed with similar suspicion, as 82% of adults in Ukraine say that corruption is widespread in them.