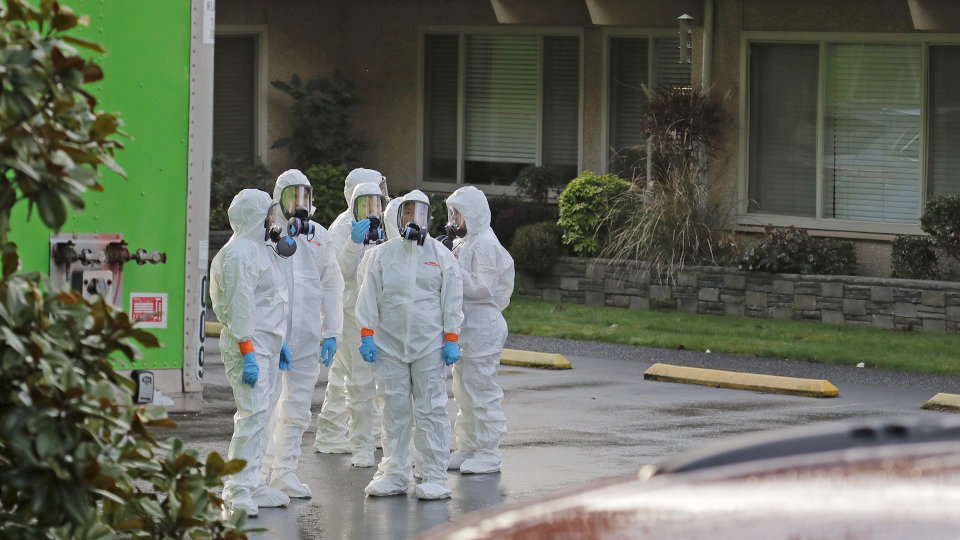 WHO: COVID-19 has been declared as pandemic
Share This

The FINANCIAL -- For weeks The World Health Organization had held off but on Wednesday WHO declared that the spread of COVID-19 has become a pandemic. The rapid spread of the virus in more countries likely contributed to the WHO’s decision to declare the disease a pandemic.

The World Health Organization on Wednesday declared coronavirus a pandemic, reflecting alarm that countries aren’t working quickly and aggressively enough to fight the disease it causes, covid-19. “We are deeply concerned both by the alarming levels of spread and severity and by the alarming levels of inaction,” said WHO Director General Tedros Adhanom Ghebreyesus. For weeks now, the WHO has hesitated to make the pandemic declaration, for fear of inciting panic or prompting some countries to flag in their efforts, even though many epidemiologists believed the coronavirus had already spread to pandemic levels, The Washington Post reported.

The news came after identified cases doubled in the US in the space of just two days, Chancellor Angela Merkel in Germany said that 60 to 70 percent of Germans could become infected, and Italy locked down its entire population and warned the world that they were running out of ICU capacity — while experts warned many other countries were on track for large outbreaks and health care capacity issues. The rapid spread of the virus in more countries likely contributed to the WHO’s decision to declare the disease a pandemic. For weeks, the organization had held off, observing that 90 percent of all cases were in mainland China and that most countries had reported only a few cases. But in recent days, that’s become increasingly untrue. There are now more than 40,000 cases outside mainland China, 33 percent of all cases. There is substantial community transmission in countries including Iran, Italy, and the United States, according to VOX.

WHO defines pandemic as the worldwide spread of a new disease: “An influenza pandemic occurs when a new influenza virus emerges and spreads around the world, and most people do not have immunity. Viruses that have caused past pandemics typically originated from animal influenza viruses.”

Some aspects of influenza pandemics can appear similar to seasonal influenza while other characteristics may be quite different. For example, both seasonal and pandemic influenza can cause infections in all age groups, and most cases will result in self-limited illness in which the person recovers fully without treatment. However, typical seasonal influenza causes most of its deaths among the elderly while other severe cases occur most commonly in people with a variety of medical conditions. By contrast, this H1N1 pandemic caused most of its severe or fatal disease in younger people, both those with chronic conditions as well as healthy persons, and caused many more cases of viral pneumonia than is normally seen with seasonal influenza, WHO stated.

Tokyo’s governor has said the Olympics will not be cancelled, despite the WHO newly classifying the disease as a pandemic. Olympic sponsors told the Financial Times that they fear coronavirus will delay the start of the games. Australia has announced a $11bn stimulus package in a bid to prevent coronavirus plunging its economy into recession for the first time in almost three decades. Chinese airlines took a $3bn hit in February as the number of air passengers in the country plummeted. New coronavirus cases in China fell to its lowest daily level since nationwide figures first started to be reported in January, according to The Financial Times.

"Describing the situation as a pandemic does not change WHO's assessment of the threat posed by this coronavirus. It doesn't change what WHO is doing, and it doesn't change what countries should do," WHO Director-General said. If countries detect, test, treat, isolate, trace and mobilize their people in the response, those with a handful of novel coronavirus cases can prevent those cases becoming clusters, and those clusters becoming community transmission, Ghebreyesus added The last pandemic reported in the world was the H1N1 flu pandemic in 2009, which killed hundreds of thousands globally, CNN wrote.