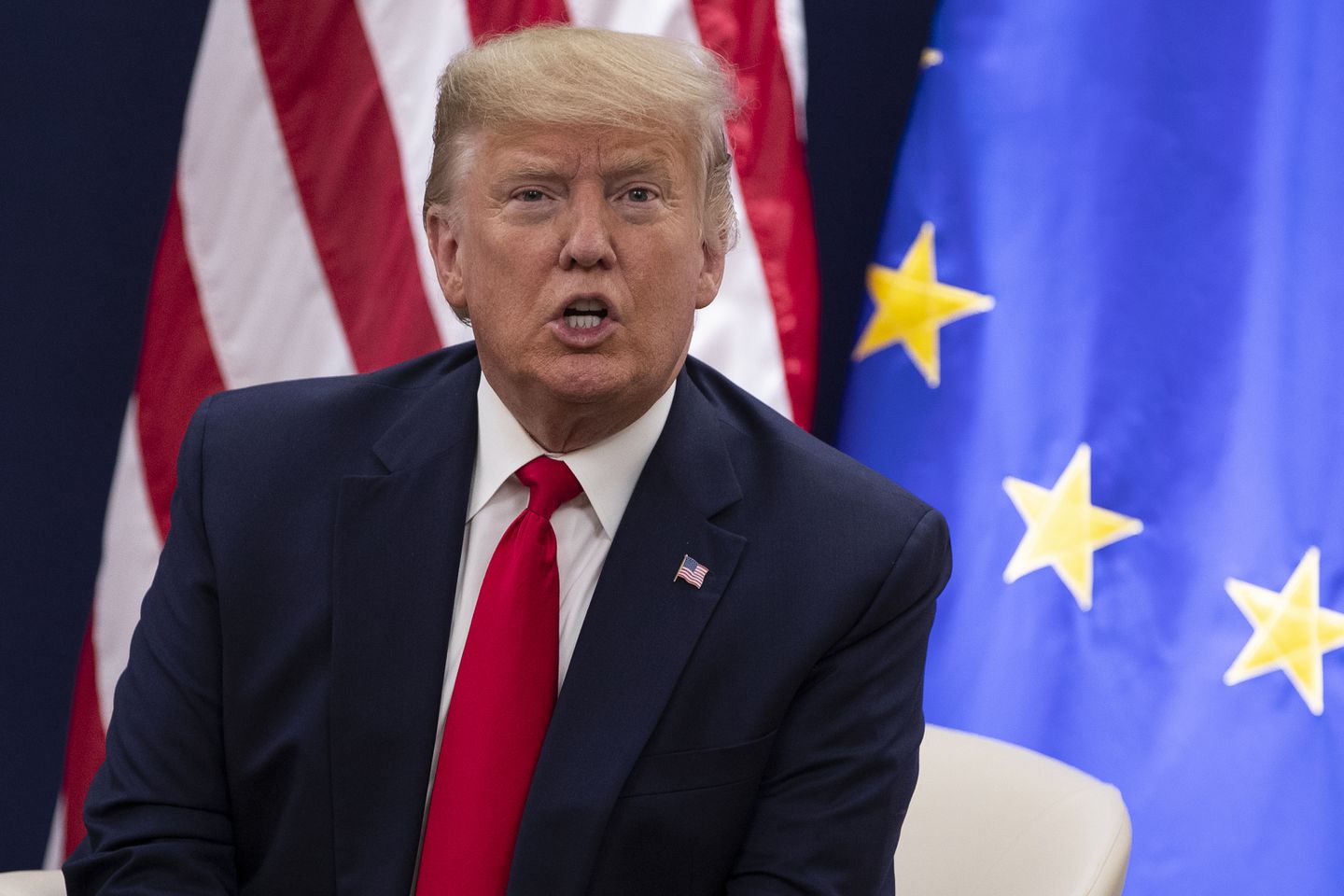 BREAKING NEWS! Trump announces travel ban from Europe to the USA except from the UK
Share This

The FINANCIAL -- President Trump addressed the nation Wednesday night and announced that all travel from Europe to the United States - with the exception of the U.K. - will be suspended for the next 30 days. Ban applies to anyone who has been in the EU's Schengen border-free area within 14 days prior to their arrival in the US. He said he would also use emergency authority to allow some individuals to defer tax payments.

President Trump on Wednesday announced in a televised address that the U.S. is suspending all travel from Europe to the U.S. for 30 days beginning Friday at midnight in an effort to slow the spread of coronavirus. The president struck a serious tone during his address from the Oval Office and said, "We made a lifesaving move with early action on China. Now we must take the same action with Europe.” His address came hours after the World Health Organization declared the COVID-19 a global pandemic and the number of confirmed cases in the U.S. climbed to more than 1,200. Trump said the new travel exemptions do not apply to the United Kingdom. "The virus will not have a chance against us. No nation is more prepared, or more resilient," Trump said. "We are all in this together. We must put politics aside, stop the partisanship and unified together as one nation, and one family," FOX News wrote.

A Presidential Proclamation, published shortly after Mr Trump's speech, specified that the ban applies to anyone who has been in the EU's Schengen border-free area within 14 days prior to their arrival in the US. This implies that Ireland is excluded from the ban as it is not one of the 26 Schengen countries. Bulgaria, Croatia and Romania are also EU members without being part of the Schengen area. Other countries - like Switzerland and Iceland - are part of Schengen but not in the European Union. Mr Trump spoke just hours after Italy - the worst affected country outside China - announced tough new restrictions on its citizens. It will close all shops except food stores and pharmacies as part of its nationwide lockdown. He said the travel suspension would also "apply to the tremendous amount of trade and cargo" coming from Europe into the US, BBC reported.

Minutes after addressing the nation about the coronavirus pandemic, President Donald Trump had to clean up his remarks Wednesday to clarify that he was not proposing a ban on cargo from Europe. “The restriction stops people not goods,” Trump posted. After President Donald Trump urged Americans to forgo unnecessary travel, the White House and the re-election campaign are canceling future events. "Out of an abundance of caution from the Coronavirus outbreak, the President has decided to cancel his upcoming events in Colorado and Nevada," White House spokeswoman Stephanie Grisham said. Trump had planned to address a Jewish Republican organization meeting in Las Vegas and to host a conservation roundtable in Denver, USA Today wrote.

Mr. Trump accused the EU of not taking the precautions the U.S. had taken to prevent the spread of coronavirus from China. "The European Union failed to take the same precautions and restrict travel from China and other hot spots," Mr. Trump said. "As a result a large number of new clusters in the United States were seeded by travel." But he did not explain why he made an exception for the U.K., which has had six coronavirus deaths so far and has 373 cases diagnosed, among them, the health minister. The president also announced that he was instructing the Small Business Administration to provide capital and liquidity in the form of low-interest loans to help small businesses. He said he would also use emergency authority to allow some individuals to defer tax payments, which he estimated would provide $200 billion in additional liquidity. The Trump administration is also pushing for immediate payroll tax relief, which he said he hoped Congress would consider, according to CBS News.

There are 126,000 coronavirus cases globally, including more than 4,600 confirmed fatalities, according to a Reuters tally. There were almost 7,000 cases reported in the past day, far surpassing the average daily amount reported in China during the virus’ initial peak. Wall Street stocks plunged almost 5% before Trump’s announcement on Wednesday, and already skittish investors awaiting details on U.S. measures were unnerved by news that the White House ordered federal health officials to treat dozens of virus-related meetings as classified. Meanwhile in Europe, Denmark shut all schools and universities after a 10-fold rise in cases since Monday, and strain is mounting on Italy’s healthcare system despite all efforts to contain the outbreak. The new restrictions in Italy came after confirmed cases rose to 12,462 on Wednesday, from a previous 10,149, with the death toll jumping by 196 in 24 hours to 827, Reuters reported.