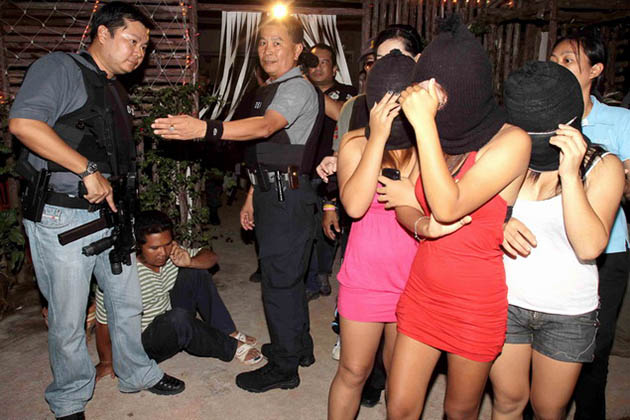 The operation was being run from a warehouse in the province of Binh Duong in the south of Vietnam. Police raided the warehouse on Saturday and seized the used prophylactics. Pham Thi Thanh Ngoc, 33, the owner of the warehouse, was arrested and claimed she had been receiving the condoms once a month from an unknown person. She allegedly cleaned, dried and sorted the condoms before selling them again to the public as if they were new. The condoms were confiscated as evidence but will be disposed of immediately because they are considered dangerous medical waste, as reported by Daily Mail.

Local police said the used condoms were about to be cleaned and sold on without branding. It is unclear how many recycled condoms were already sold. All of the ones that were found were unpackaged and unlabeled. Inspectors also found thousands of condoms which had been packed and readied for sale without brand names, according to Daily Star.

A government official said that condoms are classified as medical items and that they will take a look at the several laws that the owner has broken. Local reports stated that recycled condoms were being supplied to different hotels and market stalls near the mentioned warehouse.

Pham, who rented the facility, remolded the jimmies with a wooden shaft to make them look fresh again — then placed them in new packaging. During the raid on Saturday, local police seized a total of 324,000 used condoms, officials said. Thousands more had already been sold to unsuspecting customers. No other details about the illicit operation were available, according to authorities. Washing and reusing condoms can lead to disease and infection, The New York Post wrote.

Reusing and recycling household items is an easy way to do your part to help save the environment. Condoms are not one of those household items. CDC states that correctly using condoms can reduce the risk of sexually transmitted diseases (STDs), including human immunodeficiency virus (HIV) and viral hepatitis. But some people do not use them correctly and do not understand that rewashing and reusing them is dangerous. The effectiveness of condoms is eliminated after the first use.

This is not the first time something like this happened. In 2018, cops in Hebei seized 500,000 boxes of the 'crude' fakes - which were even sold in forged Durex boxes. The bust saw 17 people arrested across Henan, Hebei, and Zhejiang. The fakes were sold wholesale to retailers for 11p per pack - a fraction of the £16 sticker price for real ones. They were found to contain fungi, thin patches, and even holes. Cangnan police swooped after a tip-off that a local businesman was flogging condoms for far below the market value. In February, cops in Yuncheng, a city in Shanxi province, seized 2million fake Durex and Okamoto condoms. More than 10 similar cases had been heard by courts in Henan alone since 2014 and those found guilty have been sentenced to up to four years in jail, according to The Sun.

Cangnan police chief Zheng Xidan said that they found the workshops where the suspects made those condoms in rural areas in Henan and Hebei. “They were very simple and crude. The hygienic conditions in those villages were very bad. We saw the condoms they were making – they blended the condoms with silicone oil in a bucket. It was totally below official manufacturing standards.” – he added.