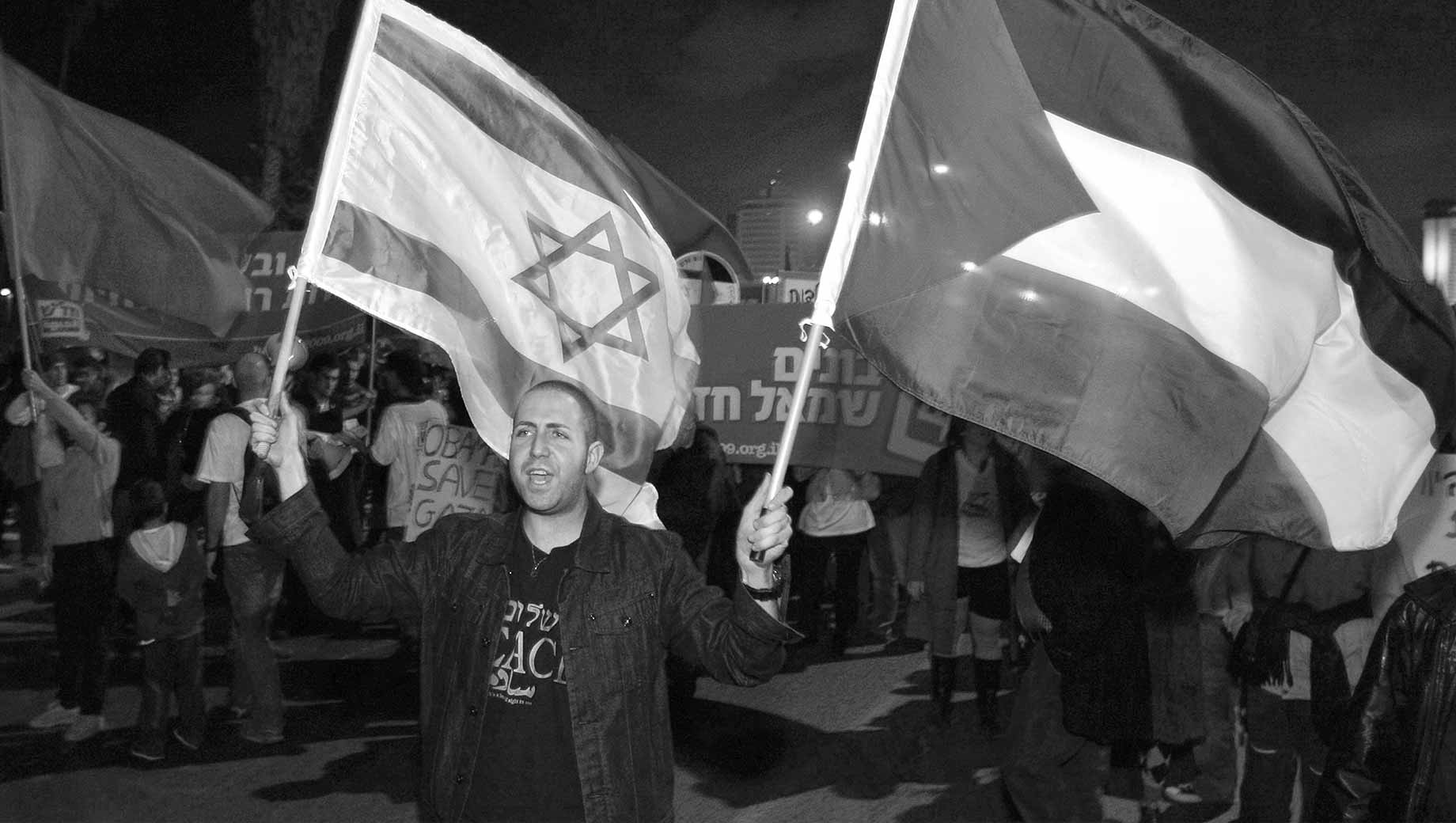 Half of American Public Supports Independent Palestinian State
Share This

WASHINGTON, D.C. -- For the first time since 2012, at least half of Americans favor the establishment of an independent Palestinian state "on the West Bank and the Gaza strip." 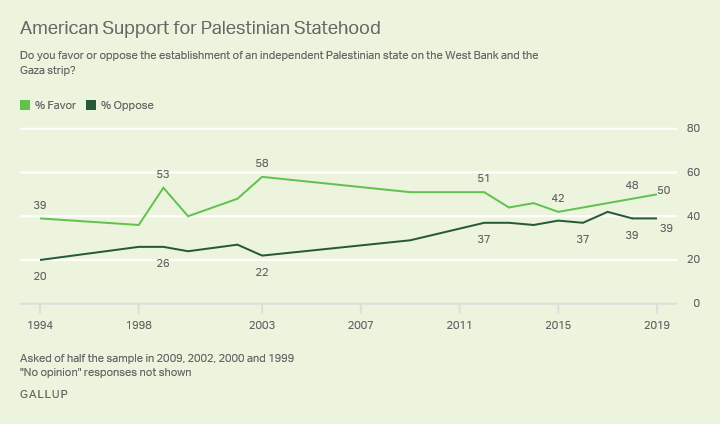 Support for an independent Palestinian state has been edging upward each year since 2015 when it stood at 42%. The highest level of support -- 58% -- was reached in May 2003, at a time when Israel Prime Minister Ariel Sharon had endorsed a peace plan calling for a Palestinian state within three years.

Growing support among Americans for an independent Palestine is occurring amid a national debate in the U.S. about Israel's handling of the conflict and the U.S. government's ongoing support for Israel. Freshman Democratic Rep. Ilhan Omar drew strong criticism for her recent remarks that pro-Israel advocates "push for allegiance to a foreign country," although several prominent members of her own party defended her.

Gallup measured Americans' support for the establishment of an independent Palestinian state sporadically from 1994 to 2009 and has asked it annually since 2012. Support for an independent state has always been higher than opposition, although the margin between the two shrank to three percentage points in 2017. Low levels of support in the first years the question was asked -- 39% in 1994 and 36% in 1998 -- were partly the result of a high number of Americans expressing no opinion on the subject (41% in 1994 and 38% in 1998).

Republicans (33%) and Democrats (62%) also differ significantly in their support for the establishment of an independent Palestine, but that has not always been the case. There was little difference between Republican and Democratic support for Palestinian independence in 2002 and 2003 -- a time of intensive international negotiations during the Republican administration of George W. Bush, that offered some hope that a permanent resolution to the conflict might be achieved. Since 2009, however, there has been a clear partisan gap, with a majority of Democrats supporting independence each of the nine times Gallup has asked the question, while Republicans have always been more likely to oppose it than support it. 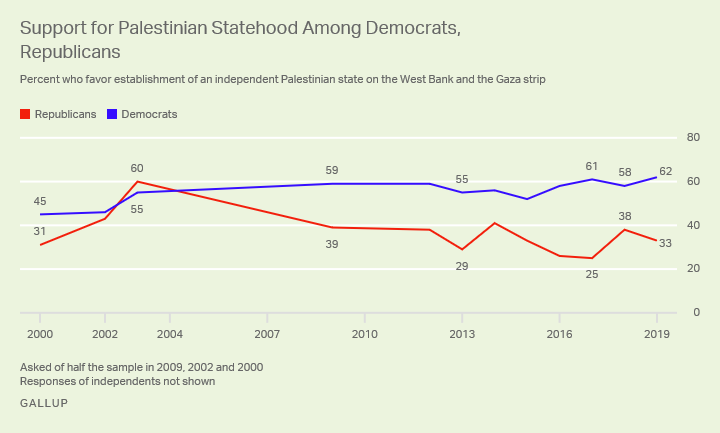 Even as more Americans now favor an independent Palestinian state, fewer than in the past are concerned that the Israeli-Palestinian conflict is a critical threat to the United States. For the second year in a row, fewer than 40% see it as a critical threat (34% now, 36% in 2018) to the nation's vital interests -- the first times it has dropped below 45% in the eight times it has been asked since 2004. The percentages saying it is an important but not critical issue have been the highest ever in the past two years (48% in 2018, 49% now), and the 14% saying in each of the last two years that it is not an important threat at all have also been the highest ever for the question. 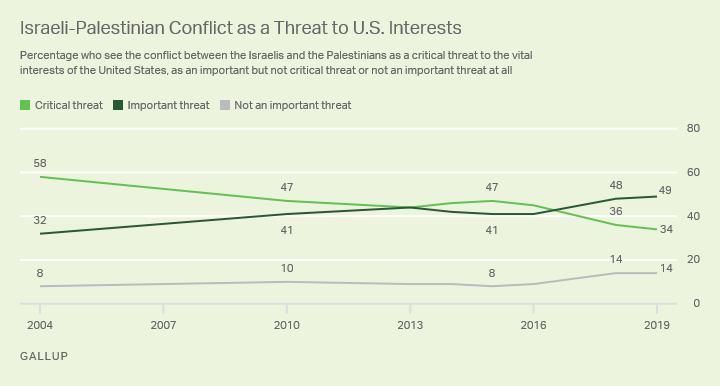