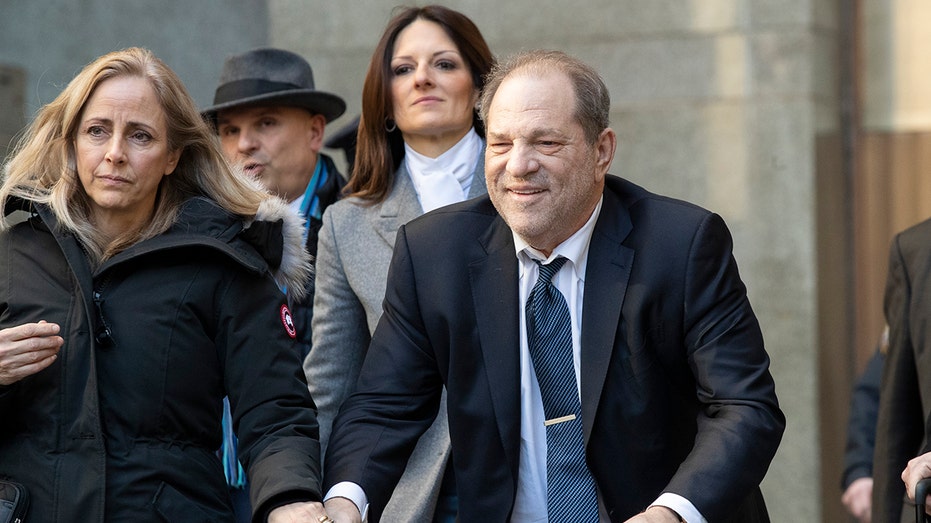 The FINANCIAL -- Harvey Weinstein, once one of the most powerful film mogul in Hollywood was found guilty of committing a criminal sex act in the first degree involving one woman and rape in the third degree involving another woman. Weinstein's lawyer said he took the verdict 'like a man' and that they were 'absolutely appealing' the conviction.

Harvey Weinstein has been found guilty on two of five possible counts: criminal sexual act in the first degree and rape in the third degree. He was found not guilty, though, of the most serious charges, of predatory sexual assault (two counts) and rape in the first degree. The jury, made up of seven men and five women, delivered the verdict on Monday, Yahoo entertainment reported.

The disgraced Hollywood producer was convicted by a New York jury on Monday of sexually assaulting former production assistant Mimi Haleyi in his apartment in 2006 and raping aspiring actress Jessica Mann in a hotel room in 2013. When the jury handed down their verdict after five days of deliberations, Weinstein told his lawyer: 'I'm innocent. I'm innocent. How can this happen in America?'' Judge James Burke ordered Weinstein - who appeared to be editing a script just prior to the verdict - to be taken to jail immediately until his sentencing on March 11. Court officers surrounded Weinstein, handcuffed him and led him out of the courtroom via a side door without the use of the walker he relied on for much for much of the trial, Daily Mail wrote.

It's not clear exactly how many years in prison Weinstein faces. Sentencing is scheduled for March 11. For the charge of criminal sex act in the first degree, he faces a minimum of five years and a maximum of 25 years in prison. For the charge of rape in the third degree, he essentially faces no minimum prison time and a maximum of four years. Weinstein's defense attorneys argued that the sexual encounters were consensual. As evidence, they pointed out that both Haley and Mann had sex with Weinstein after the alleged attacks, and they continued to have friendly contact with him for years afterward, according to CNN.

Accusations against Weinstein helped fuel the #MeToo movement of women speaking out about mistreatment. Hollywood celebrities also founded Times Up, an organization dedicated to fighting sexual harassment and abuse across all industries. - “This trial - and the jury’s decision today - marks a new era of justice, not just for the Silence Breakers, who spoke out at great personal risk, but for all survivors of harassment, abuse, and assault at work,” Time’s Up president and CEO Tina Tchen said in a statement, Reuters reported.

Long before he faced harassment and assault charges from scores of women he worked with over the years, and before he was the symbolic villain of the #MeToo movement paying top-dollar to fend off rape charges, Weinstein was busy defending himself from something much more ordinarily Hollywood: the notion he was a gigantic jerk. Matt Damon once compared him to a scorpion, saying “it’s his nature” to sting people. Meryl Streep, accepting an award for best actress in 2012, thanked, “God, Harvey Weinstein, the punisher, Old Testament, I guess,” according to The Guardian.