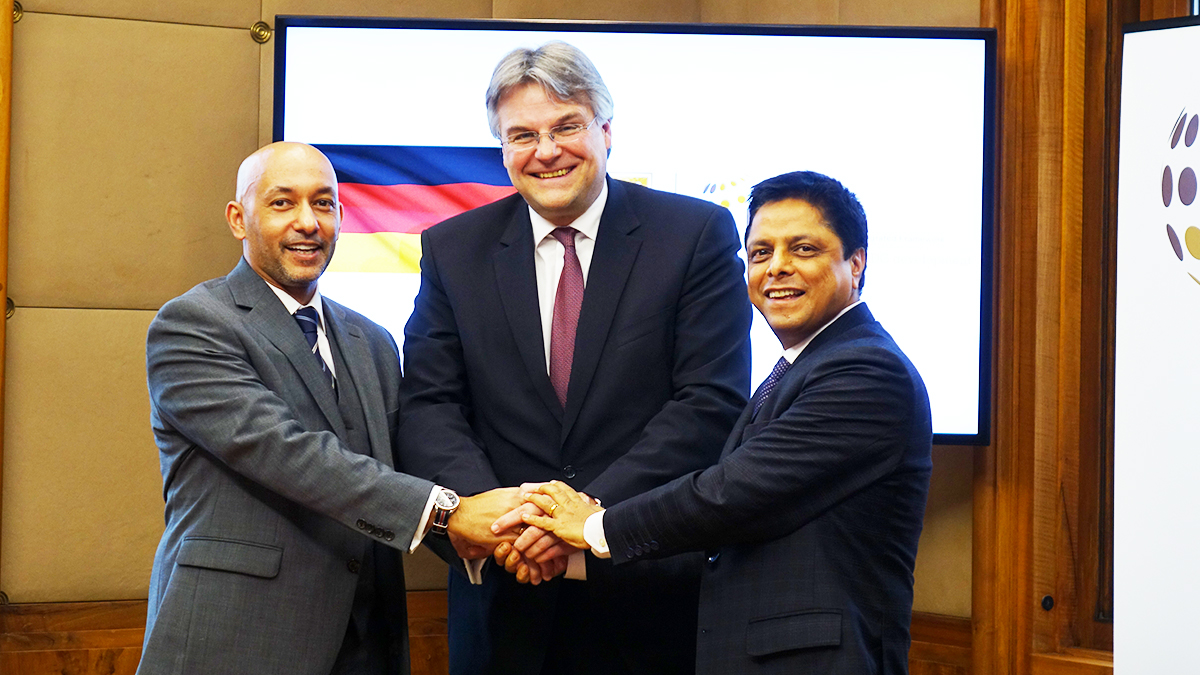 The FINANCIAL -- The government of Germany has committed EUR 1.3 million (just over CHF 1.4 million) to the Enhanced Integrated Framework (EIF) for 2020 to help spur trade growth across the world’s poorest countries.

An agreement was signed on 17 December at the WTO by Germany’s Deputy Permanent Representative to the WTO, Hans-Peter Jugel, and William Axelsson, Deputy Director of the United Nations Office for Project Services, which manages the EIF’s Trust Fund.

Germany’s donation will fund EIF-led projects in 47 least-developed countries (LDCs) and four recently graduated countries: Cabo Verde, Equatorial Guinea, Maldives and Samoa. Germany partners with the EIF as part of its Aid for Trade Strategy to enhance LDCs’ trade policies and to support training. It also works to mobilize support for LDCs in line with the United Nations 2030 Agenda for Sustainable Development. Germany contributed EUR 1.3 million to the EIF in July 2019.

Dr Jugel said: “Germany strongly supports the WTO’s Aid for Trade Initiative and is pleased to be renewing its contribution to the EIF. The EIF’s role is unique in that it supports LDCs in achieving trade-related Sustainable Development Goals and overcoming trade barriers to further integrate into the global trading system.”

EIF Executive Director, Ratnakar Adhikari, said: “Considering the current trade climate and the outsized impact that slowing global growth is having on LDCs, we are pleased that Germany has committed new funding to the Enhanced Integrated Framework. As Germany's Aid for Trade Strategy explicitly notes its commitment to LDCs, we look forward to our continued partnership and laser focus on inclusive trade that ensures benefits for women and youth in the world’s poorest countries.”

The EIF is the only multilateral partnership dedicated exclusively to helping LDCs use trade as an engine for growth, sustainable development and poverty reduction. It is a unique global partnership between LDCs, donors and partner agencies, including the WTO, who work together to build trade capacity in LDCs. EIF works across continents and has already helped 41 countries integrate trade into their national development plans while supporting over 1,300 micro-, small- and medium-sized enterprises and over 35,000 women entrepreneurs.