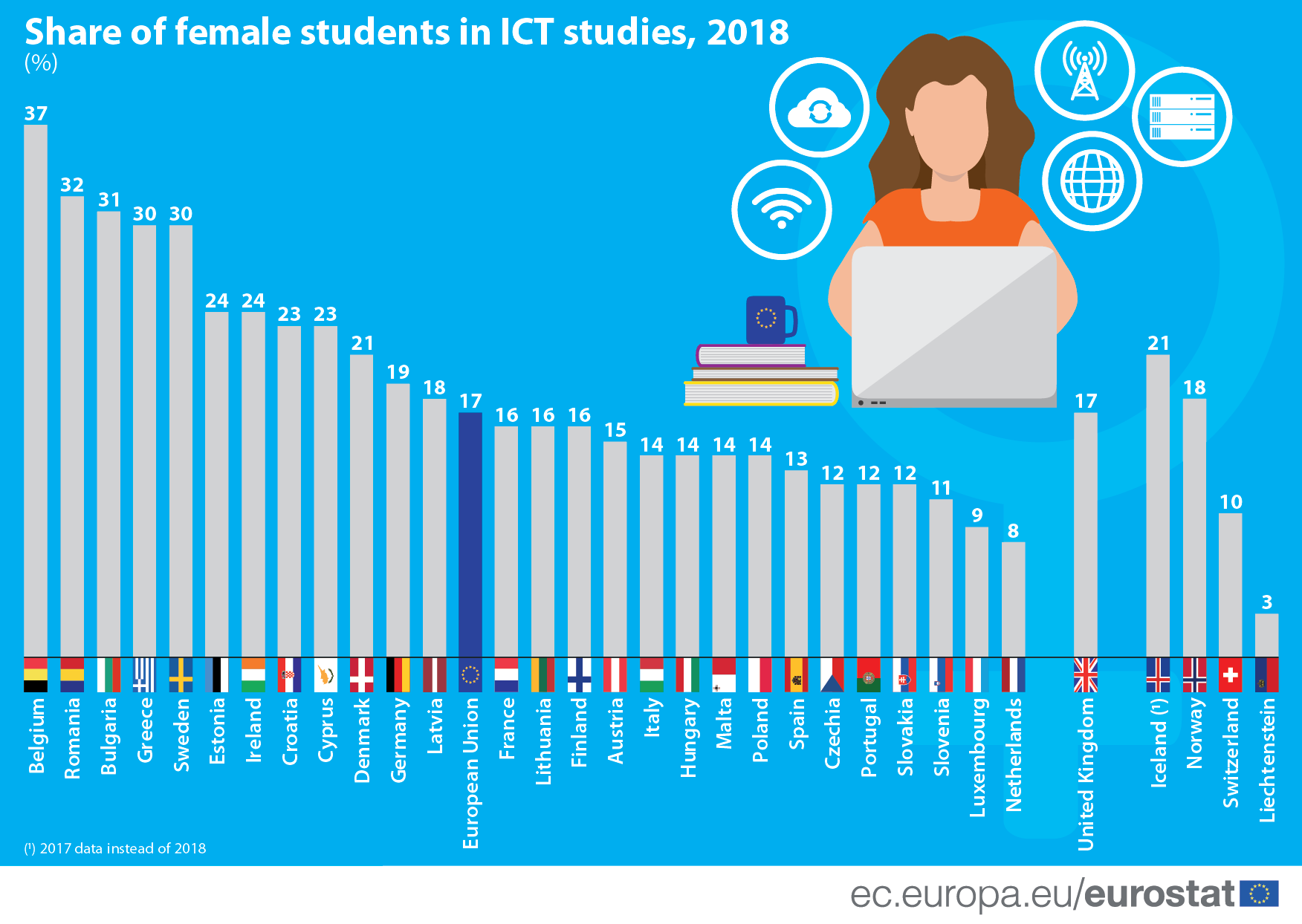 Girls and women among ICT students: what do we know?
Share This

The FINANCIAL - More than 1.3 million people were studying Information and Communication Technologies (ICT) in the European Union (EU) in 2018. Overall, considering upper secondary and tertiary education, girls and women were still under-represented in this field, accounting for only 17% of all ICT students in the EU.

Among the EU Member States, Belgium stood out as 37% of the ICT students in Belgium were female in 2018. The share of female ICT students were close to one third also in Romania (32%), Bulgaria (31%), Greece and Sweden (both 30%). In contrast, female students accounted for less than 10% in the Netherlands (8%) and Luxembourg (9%).