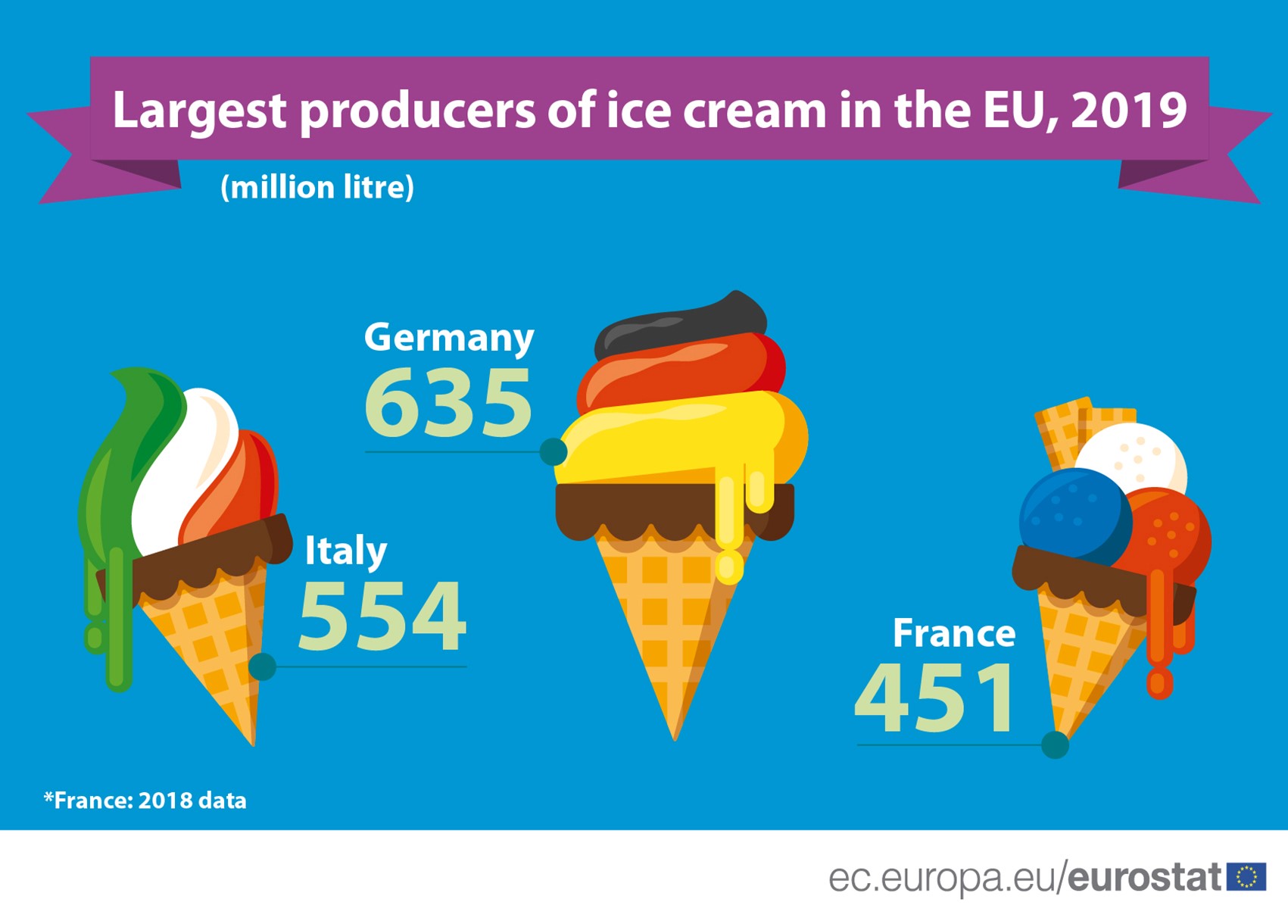 The FINANCIAL -- In 2019, the EU produced more than 3 billion litres of ice cream, representing a 6% increase from the previous year.

Germany was the EU’s main producer of ice cream

France exported the most ice cream to countries outside the EU