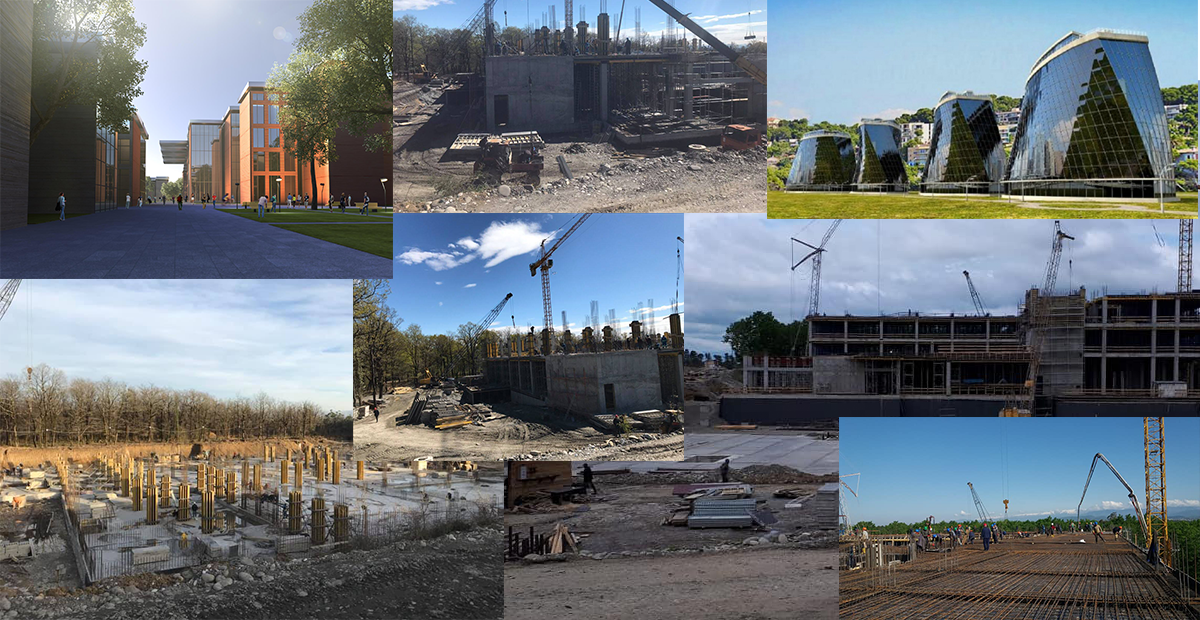 The FINANCIAL -- Statements made in 2016 about the construction of the Technological University of Kutaisi and a large infrastructure project, the Dream Town, were followed by a positive response of the public. The authorities assessed both projects as very important for the city’s economic development, although, as TI Georgia has found out, the construction of the Dream Town has yet to be started, while the deadline for the completion of the first phase of the Technological University has been extended.

The Dream Town in Kutaisi

In March 2016, the authorities made an announcement about the construction of a multi-functional center adjacent to the former Parliament building in Kutaisi. The project provided for the construction of hotels, an aqua park, a casino, a cinema, entertainment complexes, and other facilities. According to news reports, the project was planned to be implemented by Aia Entertainment LLC, while the total investment amount was supposed to be EUR 273 million.

The Ministry of Economy and Sustainable Development of Georgia and Aia Entertainment LLC were conducting negotiations: In February 2016, representatives of the company applied to the Ministry with a proposal of the construction of the investment project “Kutaisi Resorts”, requesting the privatization of a land plot with an area of 70 hectares in the form of a direct sale. A part of this land plot – 204,606 sq. meters – was on the balance sheet of the Kutaisi Municipality. On the basis of an application of the National Agency of State Property and the State Governor and of Decree No. 244 of the Kutaisi City Council of March 21, 2016, the territory was transferred to the State. However, the construction of the multi-functional center of Kutaisi has yet to begin, while the transferred land plot still remains under the State’s ownership. As representatives of the Kutaisi City Hall have notified us, negotiations regarding the return of the said property to the Kutaisi Municipality are not underway.

The Technological University of Kutaisi

In 2016, the government announced the construction of a technological university in Kutaisi, naming the Cartu Foundation as the main funder of the project. The presentation of the project was attended by the former Prime Minister, Bidzina Ivanishvili, together with members of the government.

According to the project, the university complex to be developed on an area of 140 hectares is designed for 60,000 students. The total investment amount of the project equals USD 500 million. The first phase of the construction was to be completed in 2019, and it was planned to admit the first intake of students in the same year.

In June 2017, the government, on the basis of its decree, established Non-Entrepreneurial (Non-Commercial) Legal Entity (N(N)LE) University Complex of Kutaisi and appointed the Deputy Minister of Education and Science of Georgia, Teimuraz Murghulia, as the acting rector of the university complex which had yet to be built. According to the asset declaration of Teimuraz Murghulia, he received a remuneration of GEL 16,756 while working in this position during September-December 2018. Currently, Mr. Murghulia no longer holds the Deputy Minister’s post, although he retains the position of the acting rector of the Technological University.

Why was the deadline of the implementation of the project extended, and when will all the phases of the project be completed? We sent a letter with these questions to the Ministry of Education, Science, Culture and Sport and N(N)LE University Complex of Kutaisi. We also asked them to provide copies of the plan of the development of the university and of the agreement between the Cartu Foundation and the Technical University of Munich on the development of academic and research programs. The Ministry of Education redirected our questions to N(N)LE University Complex of Kutaisi, but we couldn’t locate the said legal entity at its official address. We were also unable to establish communication with the organization via electronic means.