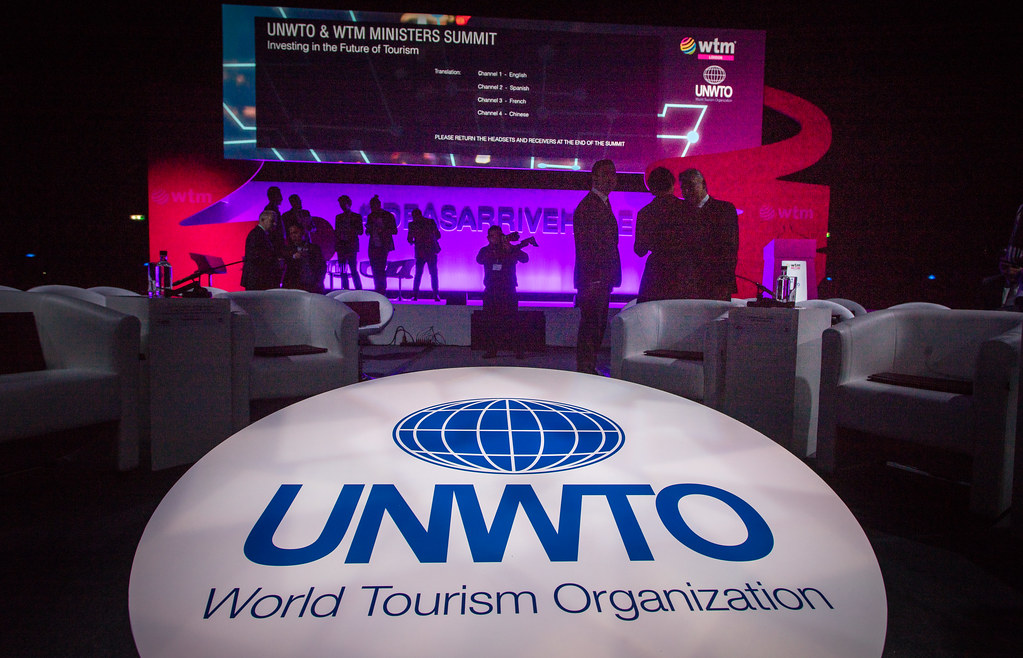 Georgia will host UNWTO ministerial on September 15-17
Share This

The FINANCIAL -- In May 2020 it was announced that Georgia would host the ministerial of the United Nations World Tourism Organization on the Future Prospects of Tourism Industry. Georgia will host the 112th session of the executive council of the UNWTO on September 15-17, in Tbilisi. The program will start with tours of old Tbilisi on September 15. The official opening ceremony will be held on September 16, which will be followed by the executive council sessions, and on September 17, a discussion of the investment climate will take place after which the delegation will go to Tsinandali, in the Kakheti region.

The delegation will leave Georgia on September 18. Georgia has shown the whole world the story of a successful fight against the Covid-19. Head of the Georgian Tourism Administration Mariam Kvrivishvili stated that Georgia will be the first country to host an important event that will be held face to face against the backdrop of the pandemic. She also noted that safety norms will be strictly observed, then added that Georgia is a green zone and that is why the event is taking place in Georgia for the first time instead of Madrid, Spain. The UNWTO is the United Nations specialized agency responsible for the promotion of responsible, sustainable, and universally accessible tourism, as reported by agenda.ge.

Georgia’s Minister of Economy and Sustainable Development Natia Turnava said today that Ministers of Tourism from several dozens of countries will attend the event and that this ministerial will decide how the tourism industry will develop in the world.

The Ministry of Economy notes that the meeting will be held in full compliance with the guidelines and safety of the World Health Organization and the Georgian National Center for Disease Control and Public Health. In addition to the fact that the event will be held with the full involvement of the center and Georgian epidemiologists and under their strict supervision, the four epidemiologists will arrive in Tbilisi with the representative delegations with the charter flight. Due to the importance of the event, the meeting of the Executive Council of the World Tourism Organization will be actively covered by the international media – representatives of such influential media outlets as the New York Times, BBC Travel, Euronews, Spanish Forbes, EFE News, Diplomats, “El Espanyol” and others will arrive in Georgia. Consequently, Georgia will once again be in the focus of the world press as a country safe from a pandemic, where the UN organization  – UNWTO is holding its first post-pandemic high-level session, according to Georgian Public Broadcasting.

Last year, in September 2019 Tourism Ministers from around the world have gathered at the 23d Session of the General Assembly of the UNWTO in St Petersburg. The future of tourism jobs in a changing world, and the way tourism can help provide education for all, has featured prominently among ministerial debates. Held as UNWTO celebrates its Year of Jobs and Education, the High-Level Debate saw leaders and representatives from more than 100 countries discuss the biggest challenges facing the tourism sector as it works to fulfill its potential as one of the world’s main sources of employment. Supporting 1 in 10 jobs worldwide and a leading employer of women, youth, and people living in rural or marginalized communities, tourism had been recognized as a key pillar of the United Nations’ Sustainable Development Agenda. However, global demographic shifts, new technology, and urbanization are all having a significant impact on both work and education in the tourism sector, and the opportunities and challenges posed by all three of these mega-trends were the subjects of lively discussion in St Petersburg.

Reflecting on the importance of the General Assembly, more than 1,100 participants were expected in St Petersburg, including 65 ministers and vice-ministers of tourism and 31 secretaries of state. Top of the agenda for the 23rd Session of the General Assembly was the approval of the Secretary-General’s vision for a larger but more sustainable organization with a greater focus on tourism’s role in education and job creation, as well as on the role of innovation and entrepreneurship in making global tourism more inclusive and sustainable.

The 23rd Session of the UNWTO General Assembly was held at several of St Petersburg’s most prestigious venues, including the Peter and Paul Fortress, the Catherine Palace, and the Mariinsky Theatre, throughout Wednesday 12 September and Thursday 13 September 2019. Prior to the event, UNWTO’s Affiliate Members met in the Russian city. The special Plenary Session for Affiliate Members highlighted the important role the private sector, in addition to civil society and academia played in helping UNWTO fulfill its mission to guide the tourism sector’s growth in a responsible and sustainable manner.

Recently, the Georgian Civil Aviation Agency made a statement. They announced that COVID-19 related restrictions on regular scheduled international air services have been prolonged until 1 November 2020. Restrictions don’t apply to flights carried out between airports of Tbilisi, Riga, Paris, and Munich, as well as governmental, cargo, ambulance, and emergency flights. Read more.