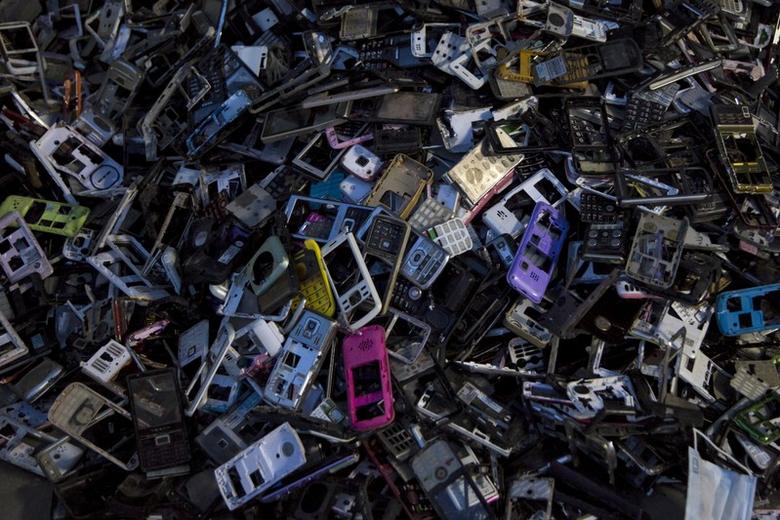 Georgia to produce green hydrogen and manage e-waste
Share This

The FINANCIAL -- Extended Producer Responsibility in managing electronic waste was discussed on September 21 at an online conference convened by the UNDP and the Government of Sweden in cooperation with the Ministry of Environmental Protection and Agriculture of Georgia. Representatives discussed the challenges and benefits associated with sustainable waste management, the legal framework needed to support EPR through all economic sectors and its practical implementation in the e-waste sector. The Georgian government has also asked the EBRD to explore the country’s potential for generating green hydrogen. The EBRD accepted and the technical cooperation will run over the next years.

Organised by the non-governmental organization “GEO – Georgia’s Environmental Outlook,” the online conference summarised a 16-month initiative implemented by UNDP and Sweden to help Georgia make its e-waste management greener and more sustainable. Deputy Minister of Environmental Protection and Agriculture Nino Tandilashvili said that the new Waste Management Code is one of the fundamental reforms initiated and implemented by the Government of Georgia in recent years. “Introducing the principle of Extended Producer Responsibility is a critical part of this change, needed to make our economy more sustainable, in line with Georgia’s international commitments under the EU-Georgia Association Agreement and the Deep and Comprehensive Free Trade Agreement.” – she added.

UNDP Head Louisa Vinton also made a comment: “Making a success of these new policies will require a revolution in people’s thinking. they need to understand that waste doesn’t vanish when it’s thrown away, but instead becomes a blight on nature and a hazard to health. Electronic waste is particularly harmful, which is why UNDP has made this sector a priority in our efforts to support recycling, recovery, reuse and other pillars of the circular economy.”

UNDP and Sweden have been assisting Georgia for the last three years in preparing the legal framework to implement EPR and informing the business community and the public sector about its principles, focusing on the e-waste sector. As a result of this support, a by-law on WEEE was adopted and the ground was prepared for establishing PROs in the e-waste sector. Several public awareness campaigns have been conducted to inform citizens and businesses about the environmental and health hazards associated with unsustainable management of electronic waste. UNDP and Sweden also helped to conduct an inventory of over 300 informal e-waste collectors, study their needs and increase capacities through training and awareness-raising. The initiative is part of wider support that UNDP and Sweden provide for democratic reforms in the public sector.

Another interesting news is that “Green” hydrogen – made through the electrolysis of water powered by renewable electricity – has been emerging as the world’s best hope for a clean fuel. It can be blended with natural gas in pipelines and at power plants. Energy giants like ENGIE are exploring repurposing oil and gas platforms near offshore wind farms to produce green hydrogen at sea, and many major oil and industrial players worldwide are rapidly accelerating their investments into green hydrogen production and use, EBRD wrote.

Now a new player is entering the field.  Georgia, in the Caucasus mountains between Russia and Central Asia, has terrain that brings plentiful supplies of fast-flowing mountain water.  This already allows it to produce cheap, clean, abundant hydropower, making up 75-80 per cent of its domestic energy mix.

The Georgian government, realising that water currently spilled during the summer months would be put to better use producing hydrogen, has now asked the EBRD to explore the country’s potential for generating green hydrogen which could then be blended and transported to end-users through existing gas pipelines. The EBRD accepted and, in a deal signed this week, agreed to provide technical cooperation support to assess the investment requirements in Georgia for green hydrogen generation, as well as to upgrade existing assets to transport blended hydrogen to end-users.  The technical cooperation will run over the next few years, setting out a timeline for potential investments after that.

The agreement was part of a broader transaction signed between Georgia’s GOGC energy company and the EBRD, to lend the company €217 million to help it refinance a corporate Eurobond in the wake of this year’s Covid-19 slowdown.  GOGC provides 20 per cent of Georgia’s electricity and is the main government entity ensuring the reliability of gas supplies in the country. Aida Sitdikova, Director and Head of Energy Eurasia, in the EBRD’s Sustainable Infrastructure Group said that Georgia is making a very timely move in terms of utilising its hydro potential and future-proofing its gas infrastructure to accept low carbon fuels.

Studies have shown that Georgia ranks 50th in the world in the relative number of deaths caused by air pollution. According to the data of 2018-2019, the average content of PM2.5 solid particles in Tbilisi exceeds the allowable norm by 15%, while the NOx content exceeds by 33-58%. As part of the Parliamentary Platform for Sustainable Transport, the Environmental Protection and Natural Resources Committee held meeting with the civil organizations and NGOs to discuss the bill on Environmental Responsibility. According to Committee chair positions and recommendations of the environmental protectors are important for the Committee to be shared in the bill. The Committee, together with partner organizations, with the participation of industry experts and key stakeholders, is developing a fleet renewal, eco-friendly transport promotion policy and concept. Read more.