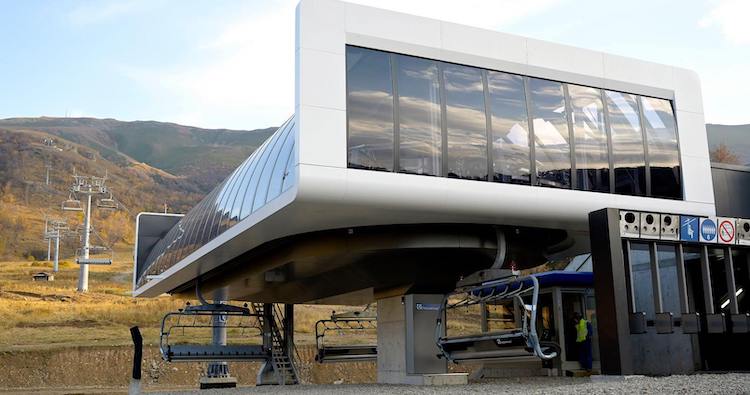 The FINANCIAL -- Following the request of the Mountain Resorts Development Company of the Ministry of Economy and Sustainable Development of Georgia, an Austrian-Swiss company, the Doppelmayr Garaventa Group, accomplished the installation of three new Ropeways in Bakuriani.

“We accomplished the construction of new ropes on the Didveli in a record time. The Austrian-Swiss Doppelmayr Garaventa Group carried out the construction of three new ropes with the lates European technologies. The ropes are one of the most important part of the new infrastructure projects and new life that we are giving to Bakuriani. As you know, in 2023 Bakuriani will host the World Freestyle Championship. This is a great responsibility, which we addressed with new projects,” – Natia Turnava said.

The Minister noted that in 2021 Bakuriani will host the first competition using the new ropes and new tracks. This will be the first test-event in the cross discipline, the Ski Cross World Cup stage.

“Besides, there has been a great infrastructural development in Bakuriani, a bypass road was built, new roads to Mitarbi and Kokhta were rehabilitated, many infrastructure projects mere implmented, recreational zones are planned to be renewed. All of this will give us more opportunities to host more tourists in Bakuriani, of course in accordance with the security measures and rules. In addition, the whole Georgia will be included in the map of world-class sports competitions, "- said Natia Turnava.

The ropes are of the 6-seater type. The capacity of all three ropeways will be 5,400 passengers per hour in the first stage, which can be increased to a total of 7200 passengers. Innovative, state-of-the-art ropes are also featured in the region with an underground garage.

Georgia is the host country of the 2023 World Championships in freestyle skiing and snowboarding, therefore, the construction of the ropes and all the projects implemented for the Freestyle World Championship will add new life to Bakuriani resort and create variety of leisure opportunities for winter sports enthusiasts. It will be an additional infrastructure that will provide the increased number of visitors with improved services.