The FINANCIAL -- Approximately seven months ago, the site of this building was in ruins and no one could have imagined that in exactly seven months, it would be possible to begin the education process here, Georgian Prime Minister Giorgi Gakharia stated in Poti, during his address at the opening ceremony of the branch of the Batumi State Maritime Academy.

The head of the government noted that Poti has always been Georgia's maritime gateway and it will continue this mission in the future as well. According to him, all this is impossible without qualified personnel and that is why a branch of the Batumi State Maritime Academy, which has a 100-year history, was opened in Poti.

"Greetings, ladies and gentlemen, honored guests, dear residents of Poti! Today is a day of celebration for every one of us, especially for the residents of Poti, especially for those who directly participated in the restoration of this building. In April, about seven months ago, the site of this building was in ruins and no one could have imagined that in exactly seven months, it would be possible to begin the education process here. Therefore, I would like to express my special thanks to each and every person, every builder, everyone who made even the smallest contribution to this event, as this is the guarantor of our future. This is what Georgia should be like and this educational institution is what the future of Poti should be like.
We all understand that Poti has always been Georgia's maritime gateway; we all understand that Poti's function will be to continue this mission in the future as well, and all this is impossible without highly qualified personnel. This is precisely why a branch of the Batumi State Maritime Academy, which has a 100-year history and which will be able to conduct the education process for 1,000 students at the same time, has appeared here.

According to Giorgi Gakharia, after graduating from the institution, Georgian sailors will have high-paying jobs both in Georgia and abroad.

"Exactly seven months ago, in April, the site of this building was in ruins and today, there is a branch of the Batumi Maritime Academy here, which will be able to prepare 1,000 students. These will be highly qualified Georgian sailors who will have high-paying jobs both in Georgia and abroad. As of today, Georgian-educated sailors are in very high demand in international flotillas; they sail in different oceans under various flags and their annual economic contribution to Georgia exceeds 140 million dollars. This is a huge field. Therefore, we made the decision to establish this educational institution here and, 100 years later, the educational institution is returning to Poti. This will be of the greatest importance for the city as well," Giorgi Gakharia stated.

The head of the government noted that the Black Sea is Georgia's future and Georgia's opportunity. According to him, everything that the government is doing in this direction is aimed at the future and every lari spent on educating the next generation in a field as specific as maritime transport is of extreme importance.

"It is impossible to overstate the importance of this educational institution for Samegrelo and Georgia. Our highly qualified Georgian sailors will be trained here who, I would like to remind you, sail very successfully in different oceans of the world even today and, in addition to making a name for their country, make a very significant economic contribution to the development of our country. Every year, Georgian sailors working in the international flotilla contribute about 140 million dollars to the state budget and Georgia in general. Of course, we always say that the post-pandemic economy will be completely different. We need to find the most effective and important points for the development of the country, and this is precisely one of the most important points. We must all understand that the development of maritime transport is the future of the country. We must all understand that the Black Sea is Georgia's future and Georgia's opportunity. Therefore, everything we do here is aimed at the future. We must all understand that every lari spent on educating the next generation in a field as specific as maritime transport is of extreme importance. Poti, as the country's maritime gateway, has always been important and it will become even more important. Georgia's Black Sea port infrastructure is a priority for the country and the government and in the coming years, of course, we will do everything to develop Poti first and foremost, to develop Anaklia, and all of the country's maritime projects because otherwise it is impossible to convert our geographic location - the most important resource of our country - into real income for each of our citizens. Otherwise, it is impossible to develop the country as a logistics platform, a logistics hub, and this educational institution, as well as Poti and the Poti Port must play an extremely important role in this matter," Giorgi Gakharia stated.

According to the Prime Minister, the next four years will be the years of Poti's revival.

"Since we are in Poti, I would like to tell you what I have already said and would like to reiterate: The next four years will be the years of Poti's revival. In addition to beginning and completing the construction of new port infrastructure and a terminal here, in addition to constructing a bypass road in order to make the daily lives of our citizens, the residents of Poti, a bit more comfortable and prevent all this freight from moving through the city... I understand that many infrastructure projects, unfortunately, have been protracted in time. The road infrastructure, as well as water supply and drainage systems could not be rehabilitated and put in order in time; I would like to promise every one of you, however, that the next four years will be the years of Poti's revival and we must all understand that this is our common cause and we must all do this together. As regards this educational institution, I would like to address and advise every citizen of Georgia, every young citizen who has not yet decided and chosen a profession, to pay attention to the Poti Maritime Academy, a branch of the Batumi Maritime Academy, which will be able to host 1,000 students starting from 2021. This is one of the most promising professions, this is a profession that is connected to the future of our country, this is a profession connected to the future of the development of Georgia's maritime transport infrastructure and, most importantly, this is a profession that should give us the opportunity to develop the country, Georgia, as the most important logistics hub in the region. Once again, I would like to thank everyone who took part in this event. I would like to wish success to the teachers who will work at this educational institution, and I would like to wish success to the first students who will begin to study at this institution in 2021, who will graduate and have the opportunity to make a name for Georgia on the international flotilla. All this is of great significance. Congratulations, and I would like to thank you once again," the Prime Minister stated.

The Prime Minister of Georgia opened the Poti Maritime Education and Training Center together with Economy and Sustainable Development Minister Natia Turnava and Maritime Transport Agency Head Tamar Ioseliani. The event was attended by representatives of central and local governments, donors, and maritime industry representatives.

The Poti Maritime Education and Training Center, which is equipped in line with modern technological standards, is designed for 1,000 students. The educational institution will employ up to 250 people, most of whom will be local.

The Maritime Academy will accept students to vocational education programs from 2021. This year, those interested will be able to take short-term training courses.

The initiative to open the Poti branch of the Batumi State Maritime Academy belongs to Prime Minister Giorgi Gakharia. The building of the Hydro-Melioration Technical College, which has the status of a cultural heritage monument, was allocated to the Maritime Academy. The building, which was on the verge of collapse, was fully rehabilitated and its original appearance was restored to the greatest extent possible. 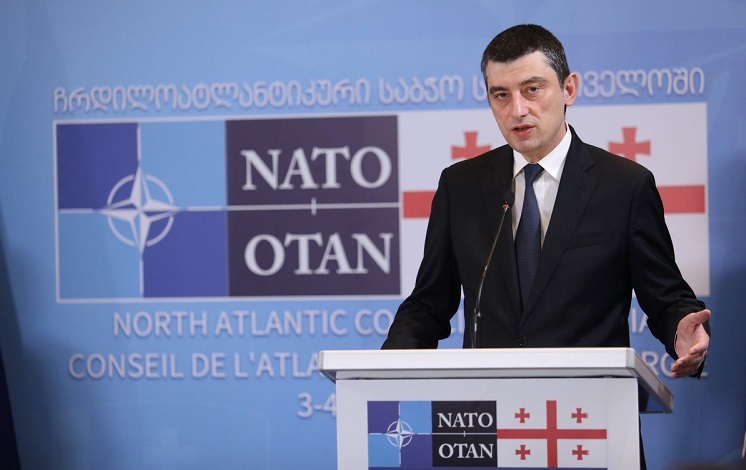