The FINANCIAL - City council to pay a teenager £7,200 after it left her without a school place for nearly 14 months 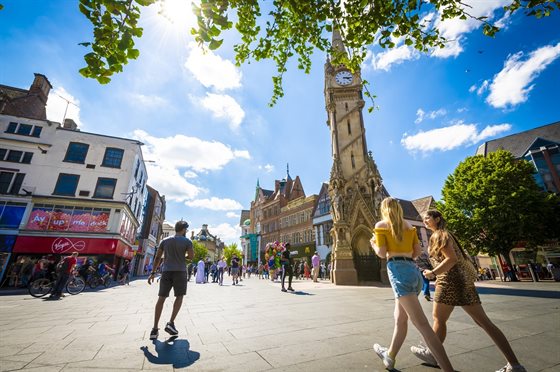 City council to pay a teenager £7,200 after it left her without a school place for nearly 14 months
Share This

Leicestershire County Council has agreed to apologise and pay a teenager £7,200 after it left her without a school place for nearly 14 months at a critical time in her education.

The teenager, whose family moved from the Leicester area over the county border when she was in Year 10, was out of school and without education provision from early January 2019 to the end of February 2020, because there were no places at nearby academy schools.

Leicestershire was included in top 10 best places for quality of life, ahead of London and neighbouring Nottingham and Derby last year.

Although the county council has no direct authority over academies’ admissions, an investigation by the Local Government and Social Care Ombudsman has criticised it for not doing enough to use the powers it does have, through the government’s Education and Skills Funding Agency (ESFA), to compel the academies to take action.

Instead, the Ombudsman’s report found the council allowed the girl’s case to drift, leaving her without proper education at a critical time during her education when she was due to take her GCSE exams. It also did not do enough to ensure alternative arrangements were put in place while a school place was being found.

The teenager was finally offered a place at the beginning of June 2020.

“This case highlights the problems many parents and councils now face following the widespread academisation of schools. Academies have their own admissions arrangements, and councils have limited powers to ensure the admissions of pupils in those schools.

“It is therefore essential – given the limited powers they do have – that councils use those powers to ensure pupils are not without education for any longer than absolutely necessary.

“I welcome the proactive steps Leicestershire County Council has taken during my investigation to improve its services. I hope the additional improvements it has agreed will help ensure it is better prepared to react when other children find themselves in a similar situation.”

During the Ombudsman’s investigation, the council carried out an audit of similar applications, which found no other child’s case had been left longer than 15 days. During that audit, the council realised it needed to collect better information from academies about the children on their rolls and has taken steps to improve this.

The council had already offered to remedy the injustice caused to the teenager for being without education for so long, however, the Ombudsman has recommended further remedies, which the council has agreed.

The Local Government and Social Care Ombudsman’s role is to remedy injustice and share learning from investigations to help improve public, and adult social care, services. In this case the council will apologise to the family and pay them £7,200 for the teenager’s educational benefit. It will also pay the family £300 for the time and trouble caused by the complaint.

The Ombudsman has the power to make recommendations to improve processes for the wider public. In this case the council will provide the Ombudsman with evidence it has reminded all schools and academies in its area of their duties around pupil registrations, and provide evidence to show the progress it has made in completing an action plan. It will also arrange staff training to go over the service improvements contained in its plan.